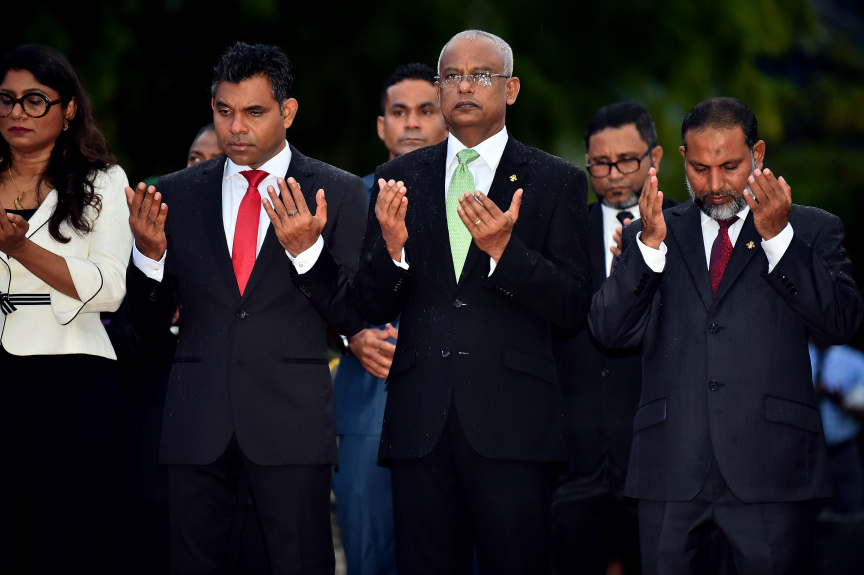 President Ibrahim Mohamed Solih has participated in the flag hoisting ceremony held at the Republic Square to mark the National Day.

The ceremony was held at 6 am this Tuesday and was attended by Vice President Faisal Naseem, Cabinet ministers, and other senior state and government officials.

A special prayer was recited at the flag hoisting ceremony by the imam of Islamic Center, Sheikh Nasrulla Ali.

National Day is celebrated on the first day of Rabi al-Awwal to commemorate the victory of Sultan al-Ghaazee Mohamed Thakurufaanu al-A'uẓam in ending the 15 year-long Portuguese occupation of the Maldives in 1573.

Ghassan accompanied by Farish to Police