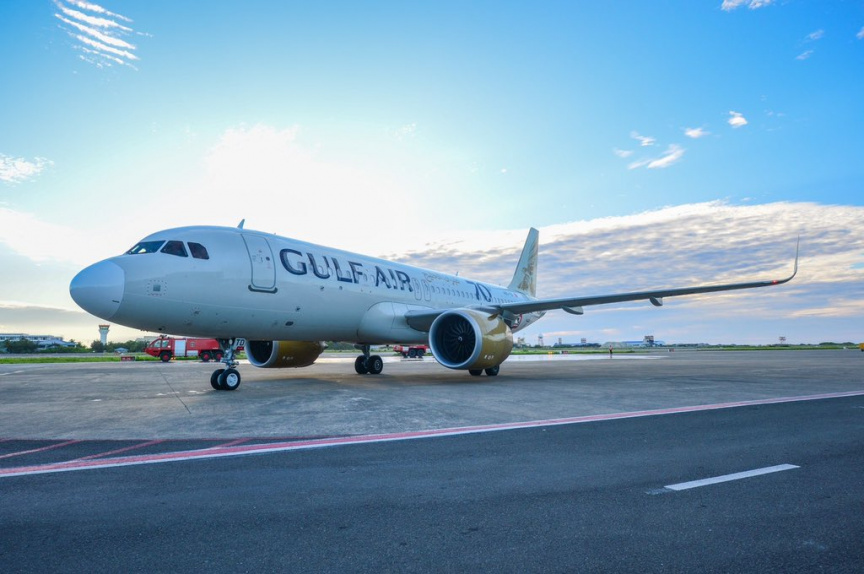 The flag carrier of Bahrain, Gulf Air has commenced flight operations in Maldives.

The maiden Gulf Air flight to Maldives landed at Velana International Airport this Sunday morning, and was celebrated with a water salute.

Speaking at the event, Gulf Air’s chief commercial officer, Vincent Coste expressed pleasure at commencing flight operations to a tourist destination such as the Maldives.

Gulf Air is scheduled to operate five weekly flights to Maldives on the Bahrain-Male-Colombo-Male-Bahrain route on an Airbus A320neo jet.

The commencement of flight operations by Gulf Air in Maldives comes at the heels of a Memorandum of Understanding signed between Maldives and Bahrain on cooperation in the field of aviation in the sidelines of the 40th assembly of International Civil Aviation Organization (ICAO) held in Montreal, Canada from September 24 – October 4.

Other Middle Eastern airlines which have operations in Maldives include Etihad Airways, Emirates, and Qatar Airways. These airlines are among the largest carriers of tourists to Maldives.

The commencement of flight operations by Gulf Air is expected to further boost tourist arrivals from the Middle East – a fast developing source market for the Maldivian tourism industry.

42,744 tourists are recorded to have arrived in Maldives from the Middle East from January to August of this year.

VIA empty, operations drop to 67 percent

Imran: Youth have a pivotal role in rescuing the nation