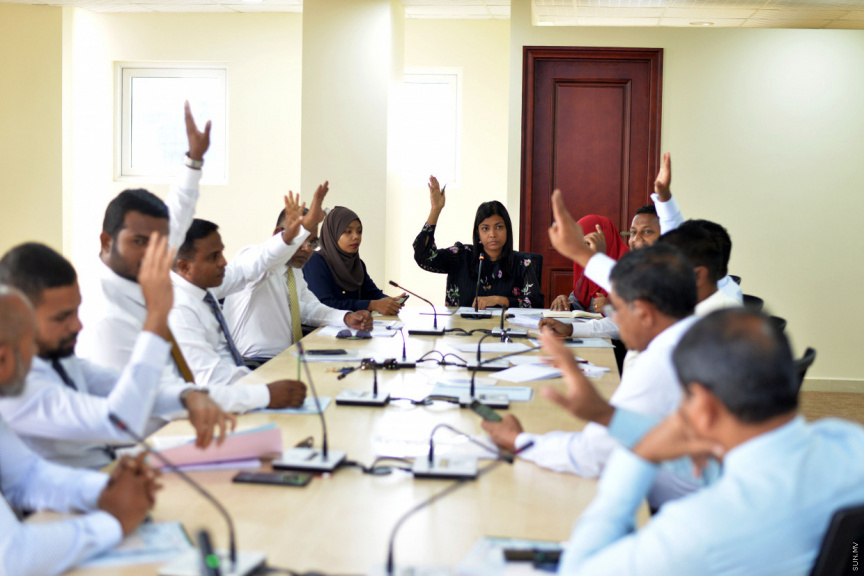 A meeting of the Committee on Independent Institutions. (Sun Photo/Ahmed Aushan Ilyas)

The Committee for Independent Institutions of the Parliament has stated that it can affect the impartiality of the interview process if the interviews are broadcast live.

The three names sent for Parliamentary approval are:

The Committee also stated that it had noticed there was no way of informing the Parliament regarding the capabilities of the candidates and which candidate is more capable than the other in the current regulations.

The regulation currently states that only the names that are passed by a two-thirds majority of the Committee can be sent to the Parliament and this leaves the Parliament unable to decide on all the names recommended by the President for independent institutions, according to the report.

Police search for Dr. Azra in connection to MDN probe