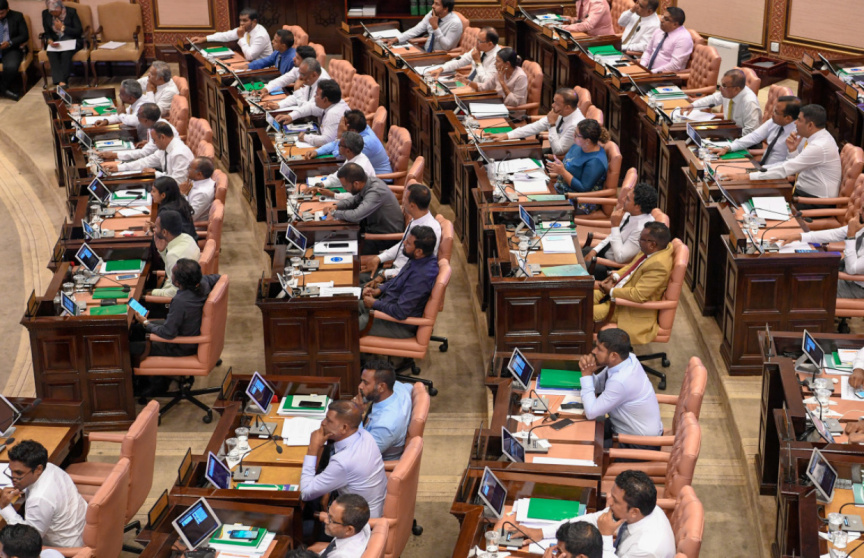 The Parliament will vote on the three names approved by the Committee for Independent Institutions tomorrow.(Photo/Parliament)

The Parliament will tomorrow give its approval to the candidate who will be appointed as the Information Commissioner.

The task will see the Parliament vote on the three names approved by the Committee for Independent Institutions of the Parliament. The Committee had originally been provided four names for the post by the President.

The three names sent for Parliamentary approval are:

Out of the three candidates Hussain Fiyaz Moosa was involved in the media and journalism industry for several years. Ahmed Fayaz was a member of the Elections Commission previously and Ahmed Aahidh had previously worked for Transparency Maldives.