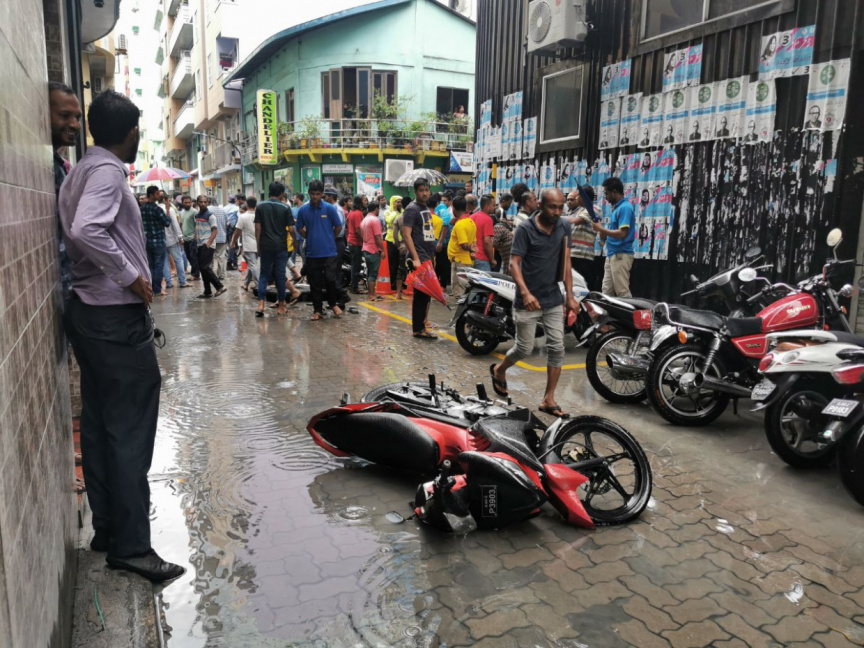 Motorcycle left behind by a gang of four men who attempted to mug a young man in Male' City on October 20, 2019.

A gang of four men have fled following a foiled mugging attempt in Shaheed Ali Hingun - located in the Maafannu district of Male’ City - this Sunday.

An eye witness told Sun that the muggers had used a can of Moov spray and a knife in the mugging attempt.

They had fled the scene leaving behind their motorcycles, as well as the can of Moov spray and the knife they used in the crime.

Bystanders are reported to have chased the muggers before they managed to escape.

The victim - identified by the police as an expatriate worker - sustained shallow cuts to his finger and back, and was sprayed in the face with the can of Moov.

The police confirm the case was reported to the agency at noon this Sunday.

Officers are currently at the scene. However, no arrests have been made, as of yet.