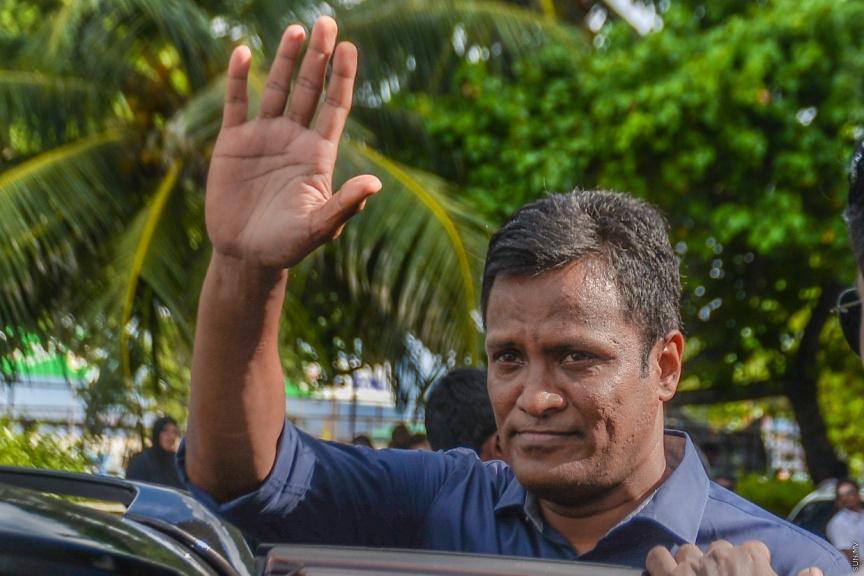 Former Home Minister Umar Naseer says the police investigation into the blasphemous content on Maldives Democracy Network (MDN)’s 2016 report – Preliminary Assessment on Radicalization in the Maldives – posed a conflict of interest because the Commissioner of Police Mohamed Hameed himself had once been affiliated with MDN.

Umar, in a statement over his official Facebook page this Sunday, called for Hameed to temporarily step down from office until the investigation into the report is complete.

In response to questions over Hameed’s affiliation with MDN, the police stated that Hameed hadn’t served at any post within MDN during his time with the police.

According to the police, Hameed had volunteered his services to MDN during a short period of time, during which time he had not been working for the police.

The police said that he had in no way been involved in the report which is under investigation.

Umar said that it was unlikely Hameed would be questioned by investigators regarding the report.

“Previously, any official, even ministers, were relived of official duties during the course of investigations. This same policy must also apply to CP Hameed. I hope the President maintains a uniform policy and doesn’t distinguish between his family and outsiders,” said Umar.

Hameed, in a previous statement, provided assurance of an impartial investigation into MDN’s report.

The Islamic Ministry, following a review of MDN’s report, found it to contain blasphemous content which mock the Islamic faith, the Holy Quran, and the Prophet.

Members of the general public and opposition politicians continue to demand swift action against MDN officials over its report.

Hameed himself has become a target of deaths threats being issued against him over social media platforms in connection to MDN’s report.

Chief police spokesperson Izmia Zahir told Sun that the death threats being issued over social media platforms targeting Hameed is under investigation by the police.

Posters with deaths threats against Hameed continue to be shared over social media platforms.