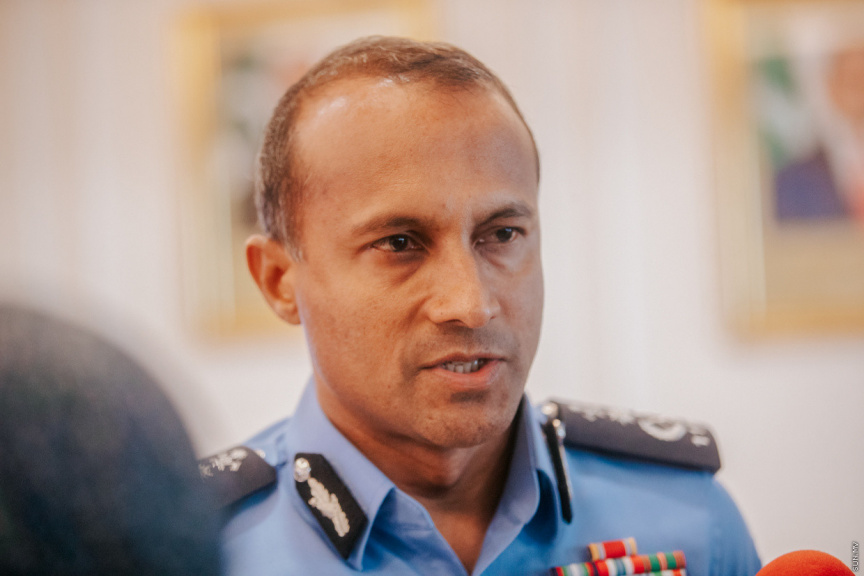 Commissioner of Police Mohamed Hameed broke silence on the death of the man who died whilst in police custody on Tuesday evening three days later on Friday, stating full cooperation will be rendered for the probe to uncover any possible negligence by the police.

Abdulla Rasheed, 43, was arrested in a counter-drug operation from a café near the harbor of GDh. Hoadedhdhoo at approximately 02:15 pm Tuesday. The police hired a private speedboat to transport him to another island. He died en route.

According to the family and many Hoadedhoo and Madaveli residents Abdulla had repeatedly complained of chest pains when the police had him board the boat, and the officers there dismissed it as an act and denied him medical treatment.

CP Hameed, via a tweet, on Friday morning, said Abdulla’s death whilst in police custody was a sad incident. He added that full cooperation will be rendered in the probe led by National Integrity Commission (NIC) regarding Abdulla’s death.

In a statement last night, NIC confirmed its decision to conduct a postmortem on the body of late Abdulla.

“In light of how important it is to ensure justice is reached in this case, we inform of our decision to conduct a postmortem on the body of late Abdulla Rasheed,” the statement read.

They detailed that this investigation will proceed under the Criminal Procedure Code, in collaboration with the police.

Since his death, Abdulla’s family has objected to conducting the postmortem, pleading with authorities to hand over the body for burial.

Meanwhile, Police, on Friday morning, announced that they uncovered a large quantity of drugs buried in GDh. Hoadedhoo woods.

Police said that the drugs were uncovered during an operation conducted jointly by Drug Enforcement Department (DED), Intelligence and South Police.

Police did not disclose the exact quantity or the type of drugs uncovered.

Sun has learned that the drugs were uncovered during the same operation which saw Abdulla’s arrest.

CP Hameed, commenting on the matter, said that drugs buried in Hoadedhoo woods by another suspect arrested in the case were uncovered by the police. He added that police will be conducting searches of additional places under this operation.