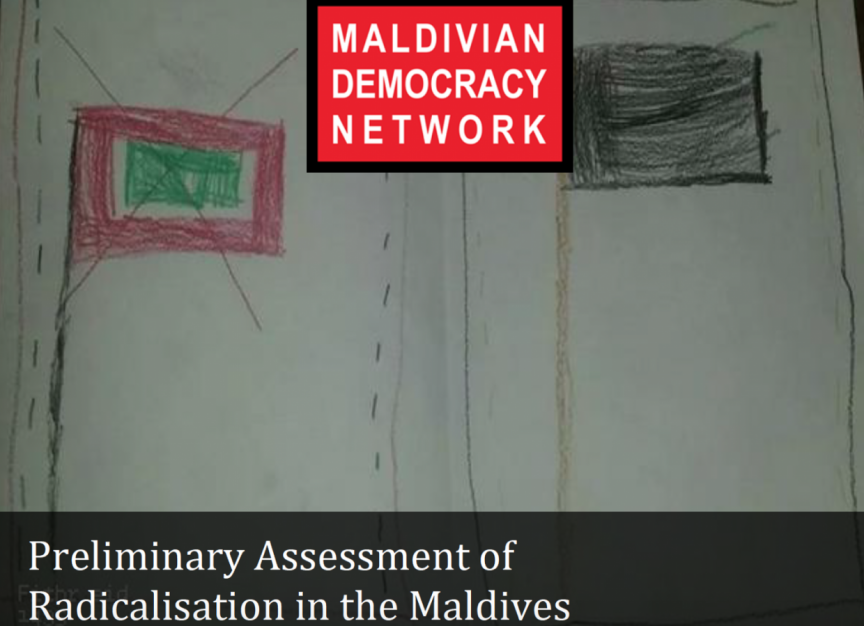 Several officials from Maldives Democracy Network (MDN) have been issued summons for questioning by the police for the investigation into the blasphemous content on its 2016 report – Preliminary Assessment on Radicalization in the Maldives.

A police spokesperson told Sun this Saturday that several officials linked with the report have been sent summons for questioning. The spokesperson, however, declined to name any of the officials.

While the investigation into the controversial report remains open, MDN recently voiced alarm over death threats issued to several of its officials.

Sun has been informed that the police had contacted MDN’s executive director Shahindha Ismail to clarify her current whereabouts when the report first came to its attention. Shahindha – being the head of MDN – has become the main target of the criticism being voiced against the organization.

She currently resides in Germany were she is receiving her higher education.

The Islamic Ministry, following a review of MDN’s report, found it to contain blasphemous content attacking the Islamic faith, the Holy Quran, and the Prophet.

The police, in a previous statement, promised a full and impartial investigation into the case. It said that it would investigate MDN’s report, as well as incitement of hatred and aggression, and issuance of death threats in the name of Islam.