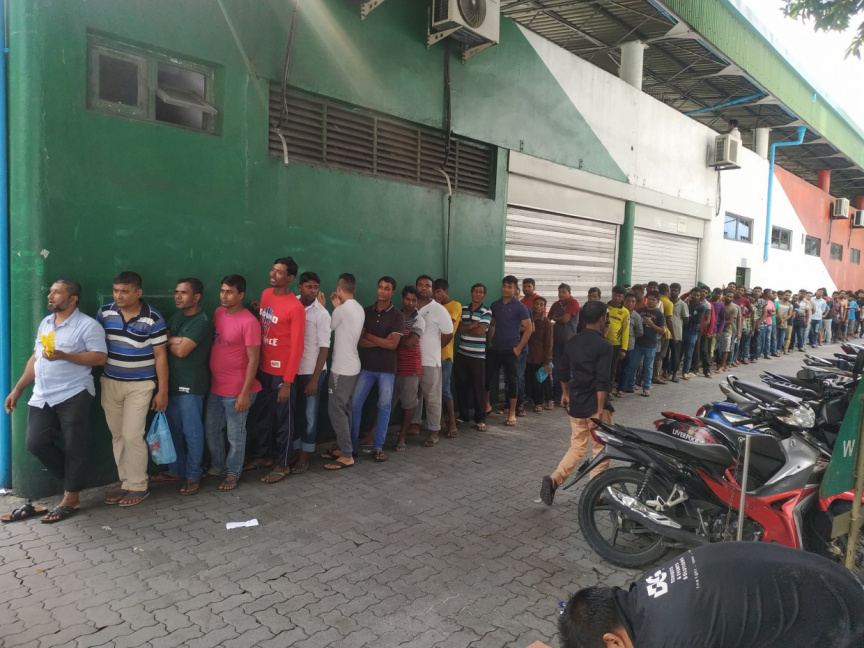 A second session to issue appointments for undocumented migrant workers who wish to register for the Economic Ministry’s regularization program is under way at the Galolhu national stadium this Saturday.

The first session was held on October 5 and saw appointments issued to 3,500 undocumented workers.

The second session began at the stadium at 7:30 am and will continue until 5 pm.

Economic Ministry reports that it is seeking assistance from migrants who can work as translators to guide the many undocumented workers who remain unclear on the current registration procedure.

The expatriate workers at the stadium are being issued appointments for registration. They will later be sent a text message informing them of the date and time to present themselves at Economic Ministry for registration.

Many expatriate workers had been waiting in queue outside the stadium since Friday evening. Many of them remained crowded at the crossroads of Bodurasgefaanu Magu and Banafsa Magu even after officials announced that no more workers were to be granted entry due to lack of capacity within the stadium.

Maldives Immigration estimates the population of undocumented expatriate workers in Maldives to be close to 63,000.