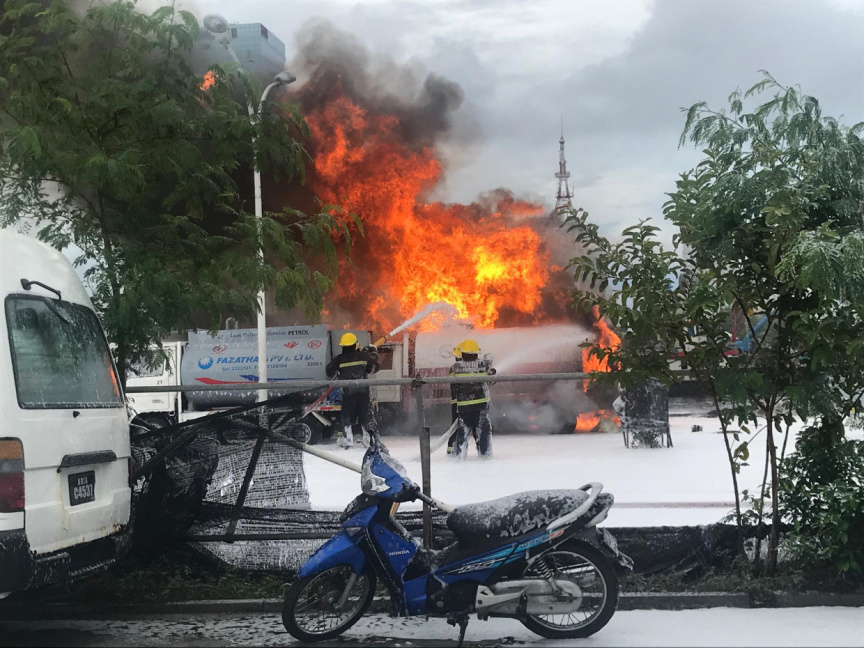 Maldives National Defense Force (MNDF) has resumed issuance of import permits for chemical products following the temporarily suspension in the wake of the massive fires in Male’ in September.

MNDF announced the decision to resume issuance of import permits for chemicals in a statement this Wednesday.

The permit is being issued for chemicals which are imported and warehoused in islands outside of Male’, while the chemical warehouses in Male’ are to be relocated to K. Thilafushi.

MNDF, in its statement this Wednesday, said that it has published a Regulation on Import and Storage of Chemicals, and has resumed issuance of import permits for chemicals to islands outside of Male’ as long as proper safety measures are in place.

MNDF had placed a temporarily suspension on issuance of permits for chemicals following the fire which devastated the Abadhahfehi Magu neighborhood of Male’ on Friday, September 20. The fire had originated from inside a chemical warehouse located in H. Thilafushi, and spread to three other chemical warehouses and to six residential buildings. The fire had resulted in one casualty, and left 700 people without shelter.

The fire in Abadhahfehi Magu neighborhood had followed another massive fire in the capital – 10 days later – on September 30. The second fire took place at the congested T-Jetty area and originated from a fuel bowser. The fire resulted in burn injuries to seven people, and damages to 10 fuel bowsers and a passenger speedboat.