Maldivian pilot trainees in Lanka have their ‘wings’ cut off 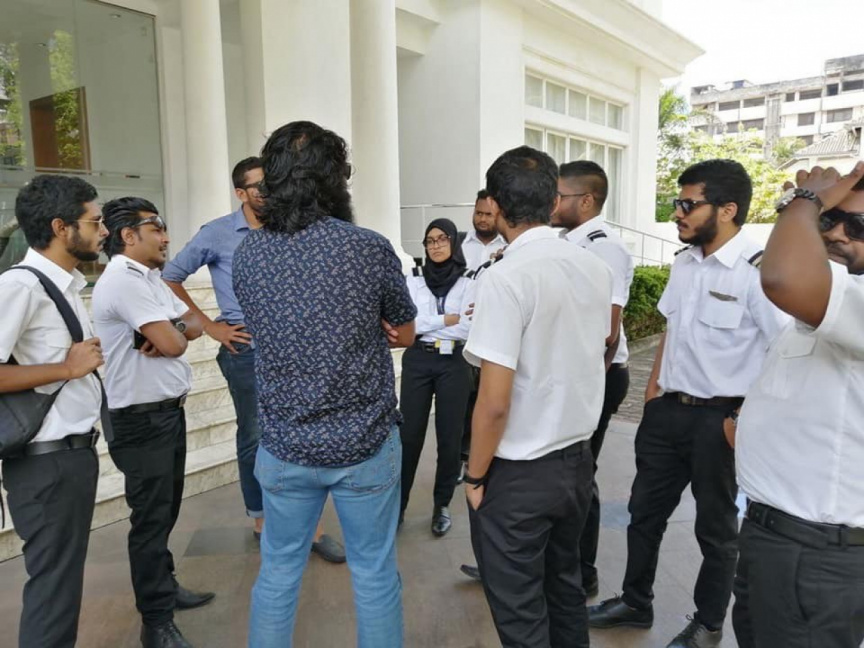 The Easter bombings in neighboring Sri Lanka in April led to the country declaring a state of emergency and a nation-wide security crackdown. The crackdown, and the restrictions on migrants affected 15,000 Maldivian citizens who reside in Sri Lanka – most of them students – and many of them pilot trainees.

Seven months on from the Easter bombings, the Maldivian pilot trainees in Sri Lanka remain desperate and with their ‘wings’ cut off. They have been denied flight hours to complete their training.

While the state of emergency has been lifted, the dire predicament facing the pilot trainees remain unchanged.

“As per the previously practiced procedure, Lanka’s Civil Aviation Authority had issued National Identity Clearance (NIB) within three months of submission of a police report. It [the clearance] is required for flying tests. But it has stopped issuing the clearance in the wake of the bombings,” said one pilot trainee.

He said that the restriction was in place solely for Maldivian citizens, and that pilot trainees from other countries were being issued clearance for flying tests.

He said that the procedure for issuance of National Identity Clearance had undergone multiple changes within the past seven months.

There are 39 Maldivian citizens undergoing pilot training at seven colleges in Sri Lanka. While the restriction on 16 on them, who had obtained their clearance ahead of the bombings, have been lifted, the remaining 23 trainees continue to be denied clearance.

The Maldivian pilot trainees report they have engaged in discussions with senior Embassy officials regarding the issue on multiple occasions, but that the situation remained unresolved, seven months on.

“We stressed during our last meeting that obtaining a different document every day is an inconvenience to both sides. For the Embassy to engage in discussions with the Civil Aviation Authority and to establish one specific procedure,” said one trainee who had taken part in the discussions with Embassy officials.

He said that a document which was recently sent by the Embassy to the Civil Aviation Authority claiming to be from the Defense Ministry had resulted in further complications.

“The document signed by the Embassy and sent to Civil Aviation says ‘this is from Defense’. That we have been cleared. They [the Civil Aviation Authority] took this as fraud. Because the Embassy had sent that document claiming it to be from the Defense. This became a huge issue,” said the trainee.

Deputy Maldivian Ambassador to Sri Lanka, Aslam Shakir declined to make a comment regarding the document in question, but told Sun that the Embassy officials were doing everything necessary in order to ensure the pilot trainees received clearance for flying tests.

“It’s taking time to process background information…. The Embassy’s role is to submit the documents sent from Male’ to Civil Aviation. We will submit it to Civil Aviation Authority as soon as we receive the clearance from Male’,” said Aslam.

He said that Maldivian citizens weren’t being singled out, and that pilot trainees from other foreign countries were also facing similar issues.

ONE YEAR AND SIX MONTHS WASTED

Maldivian pilot trainees complain the delay in clearance was resulting in them having to extend their course duration. They say they now face an extension of course time to an additional one year and six months.

Higher Education Minister, Dr. Ibrahim Hassan told Sun that government officials were working with relevant agencies to ensure the pilot trainees received their clearance. He said the government had yet to make any decision regarding an extension to student loans, or release of additional funds to compensate for the additional expenses they are incurring.

The Higher Education Ministry, last Thursday, issues a statement announcing that pilot trainees had the opportunity to complete their training in other countries, but that the pilot trainees themselves needed to bear the additional expenses themselves.

Maldivian pilot trainees report that they have no grievance against Sri Lanka, but were frustrated over the red tape. They said that lashing out against Sri Lanka wasn’t the remedy to their current predicament.

''Do not be mistaken, this is the legislative body''