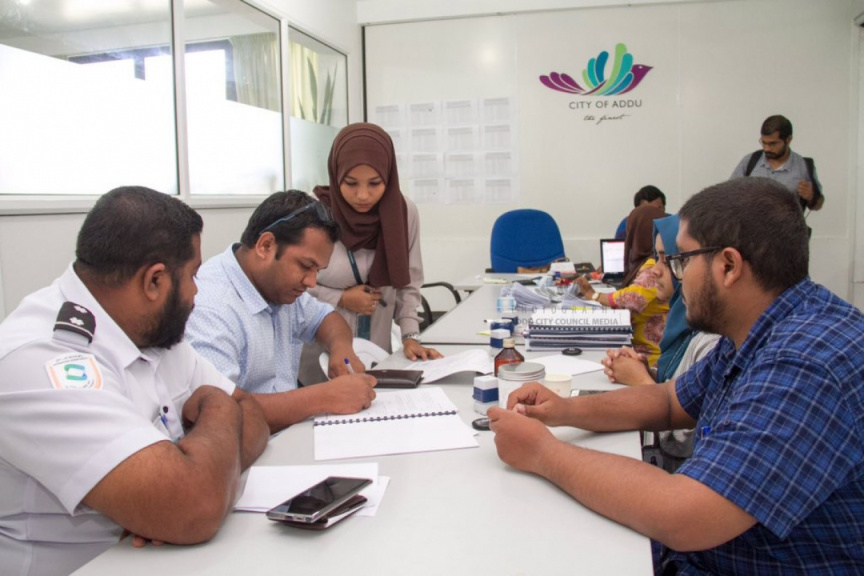 Agreements being signed for the flats in Addu city, Hithadhoo. (Photo/Housing Ministry)

Flats built for residents of Addu city are being handed over to tenants by the Housing Ministry.

Housing Ministry stated that agreements were being issued and signed with the tenants of the 264 flats built in Addu city, Hithadhoo. 150 of these flats are allocated for those native to Hithadhoo and the Ministry received around 446 applications for these flats.

The flats were contracted out to be built by China National Machinery and Equipment Import and Export Corporation (CMEC).

Worker swims to Meedhoo in violation of travel ban