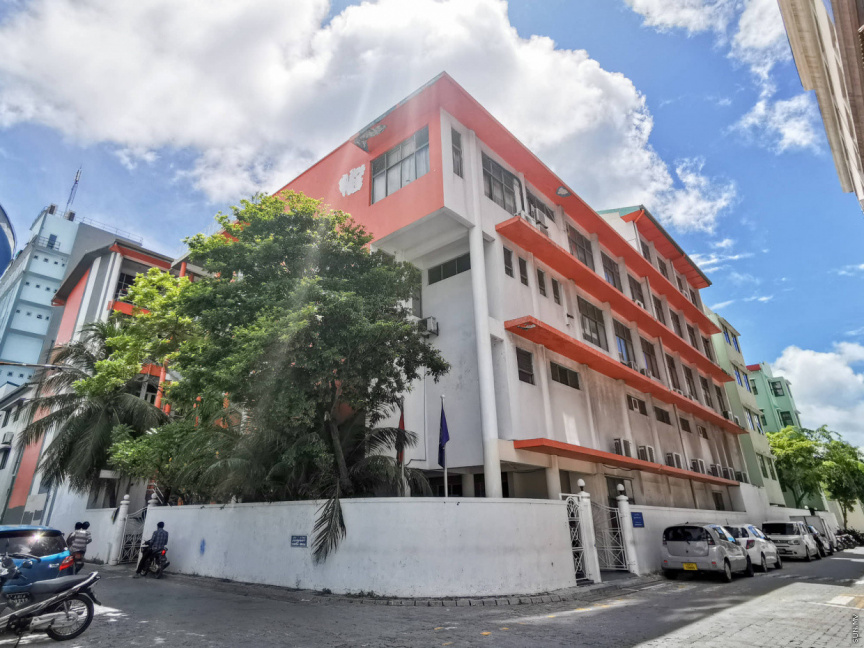 The plan to vacate the building adjacent to Maldives National University (MNU) - which is currently used by several of its faculties to teach courses - has led to fears over a possible interruption in courses.

The building in question had previously housed Male’ English School (MES) and is currently used to hold MNU’s foundation courses and courses run by MNU’s Faculty of Law and Islamic Studies.

MNU’s vice chancellor Mohamed Shareef told Sun this Saturday that it wasn’t the first time for Education Ministry to send notice of the decision vacate the MES building, but that it recently sent a second letter as a reminder.

“We have been sent a another letter as a reminder. The building is scheduled to be vacated in November,” said Shareef.

The issue of shortage of space worsened when another building used to hold MNU's courses - the Solahuddin building - was also vacated due to public safety issues.

“We are facing severe space shortage. We are desperate,” said Shareef.

“We are engaged in discussions with Planning Ministry on constructing a new building on the land where Solahuddin building stood,” he added.

He said the MNU may need to suspend some of the courses being run at the MES building if it isn’t able to find an alternative.

“We are trying to avoid the students suffering such a loss. Students may drop out,” said Shareef.

MNU had previously engaged in discussions with Housing Development Corporation (HDC) to build a campus in suburban Hulhumale’. However, work on the project is no longer in progress.

MES building is scheduled to be vacated as part of the government’s efforts to switch all public school hours from two sessions to one session. All public schools in Male’ City have switched to one-session hours leading to a space shortage at the schools.

Education Minister has recently announced that the space shortage required additional schools to be built in Male’.