Families evacuated from at least 6 flood-affected houses in Addu 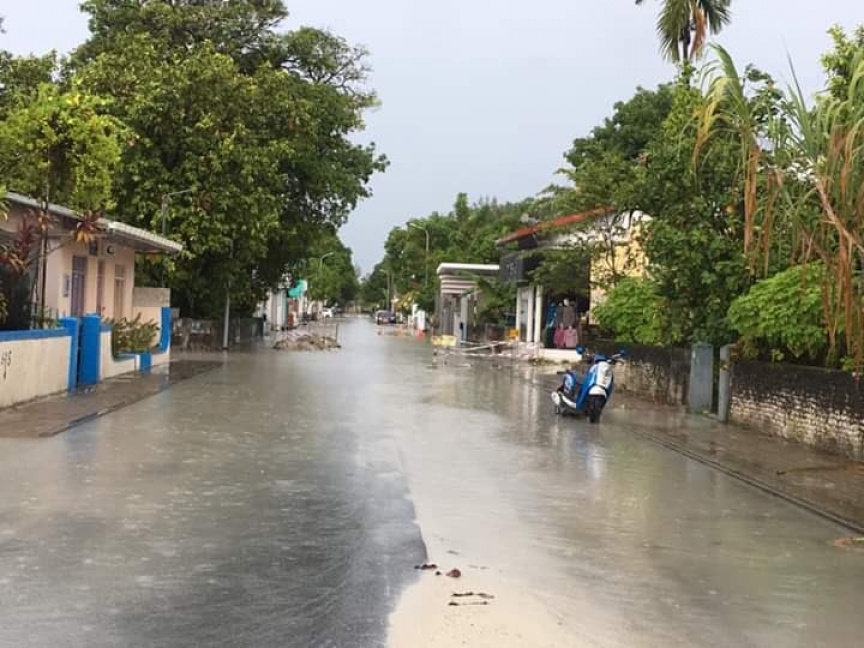 Families have been evacuated from several houses in Addu City which was hit with extensive flooding due to torrential rain and thunderstorms on Saturday.

Addu City’s mayor Abdulla Sodiq (Soabe) told Sun last Saturday evening that a large number of houses have been affected by flooding. He said that 20 percent of the houses have reported damages to property, including furniture.

Approximately 30 people have been evacuated from six houses which sustained extensive damages. The people who were evacuated from their houses have been provided temporary shelter by the city council.

Soabe told Sun they will be moved back to their houses following an assessment.

He said the torrential rain affecting Addu City was the worst it had experienced in five years.

Stressing the severity of the torrential rain and thunderstorms affecting the city, Soabe said that a storm water drainage system was the ideal solution to preventing flooding.

MNDF officers, the police and civic groups and local residents are working on draining the flood water.