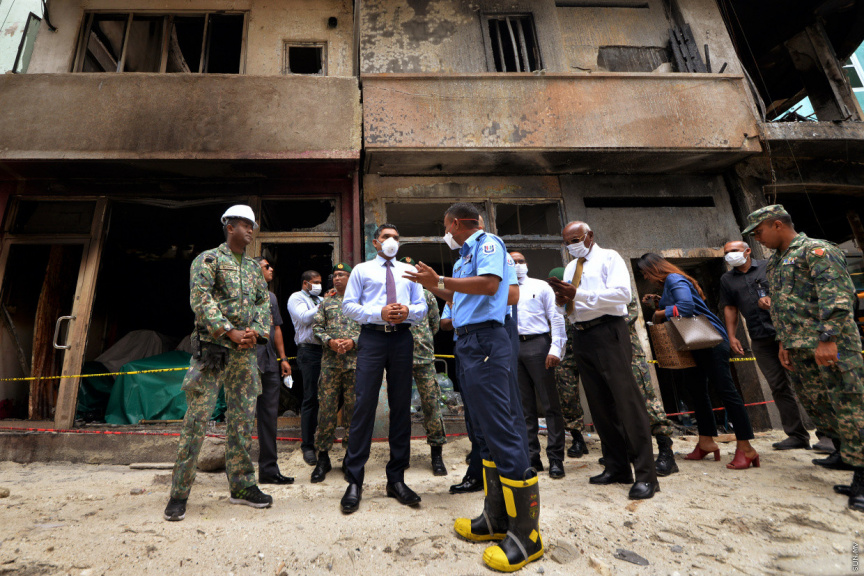 The National Disaster Authority has announced that work was underway to find permanent accommodation for 24 families affected by the massive fire in Henveiru last month who are currently living in temporary shelters.

A statement by NDM today read that 164 people from 38 families affected by the fire were currently residing in temporary accommodations in Gaakoshi flats and guesthouses in Male’ city.

Out of these 38 families, 24 families will be provided permanent accommodations since assessments showed that the buildings in which they were residing in before the fire were not livable even if repairs were carried out. The families will also be provided rent for three months, according to the NDA.

Four houses affected by the fire were being currently repaired and 28 people from six families will be relocated to these houses after repairs were completed next week. The NDA is also providing the families in temporary shelters with food expenses and other necessary supplies.

Fire incident occurs in a café in Male' city