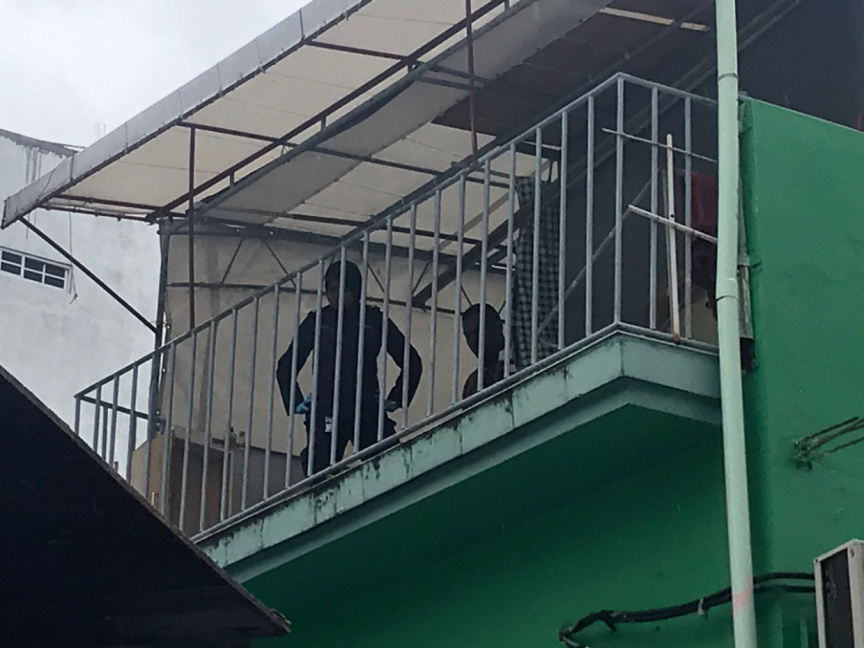 Police at the scene in H. Annaarumaage. (Sun Photo)

A dead body has been found H. Annaarumaage in Male' city.

Police stated that they received reports of the dead body around 10:24 in the morning.

“Sun” has learned that the body is of Hussain Hishaam Rasheed, 28yrs and is the brother of Ismail Haisham Rasheed who has been accused in the murder of blogger Yaamin Rasheed.

A man who spoke to “Sun” journalists at the scene on behalf of the family stated that there were signs of foul play visible on the man’s body.

“There was blood on his face, injuries close to his eye.” The man informed. Police are now at the scene.

This incident comes after prosecutors stated in yesterday’s hearing of Yaamin Rasheed’s case that threats of violence were being made against witnesses by the accused in the case.