Minister: Tablets to be better utilized at schools from next year 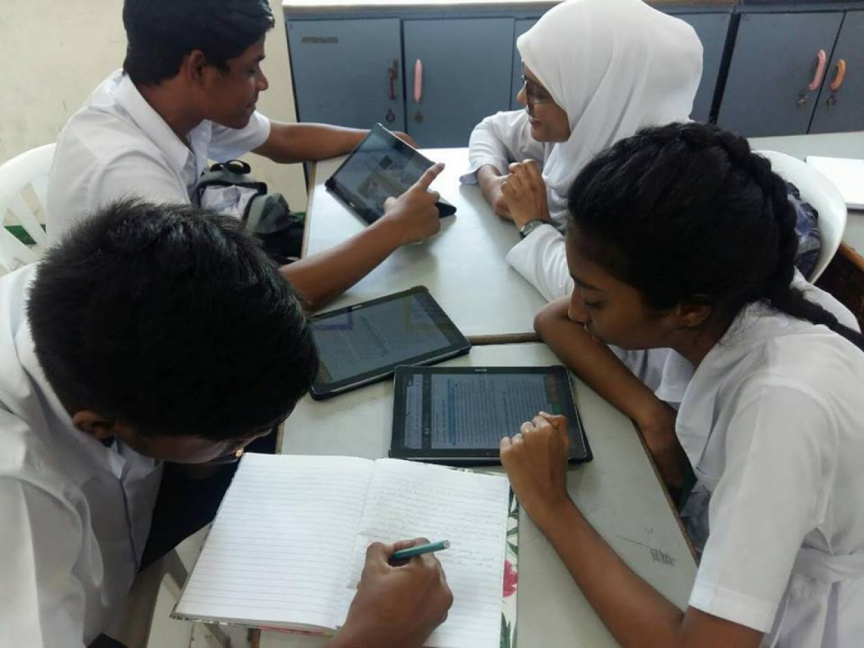 Education Minister Dr. Aishath Ali has stated that the tablets provided for school children will be used more efficiently starting from next year.

Speaking at the Committee on National Development and Heritage of the Parliament on Monday, Dr. Aishath Ali stated that tablets have been provided for students enrolled from Grades 2-10, however, she stated that no plan for how they are going to utilized has been formed so far.

“We have provided the children with the tablets with instructions to use them as teaching aids. We are also speaking with Dhiraagu to fix the connectivity issues faced in some schools and islands that limit the use of these tablets.” Said the Minister.

The Minister also noted that more tablets will be needed for students in the future and that it would extremely difficult to maintain the process before stating that talks were being held to revise this policy. The Minister also highlighted the fact that all the books used by students had been digitalized.

“So, we will start to pilot starting from next year. But we are still not aware of the connectivity levels in the islands within the country. So, if we change to digitalized books fully, it might result in some students being left without books.  So we have decided to go digital for some grades, the books have also been digitalized and tablets can be used even more efficiently starting from next year.” Said the Minister.

Schools set to recommence for Grades 7,8

First local to graduate in law from Oxford

Schools to recommence for Grades 7, 8

Schools in Maldives set to reopen on July 1

"Action will be taken towards people issuing threats''