Govt. urges to exercise rights within limits stipulated in Islam 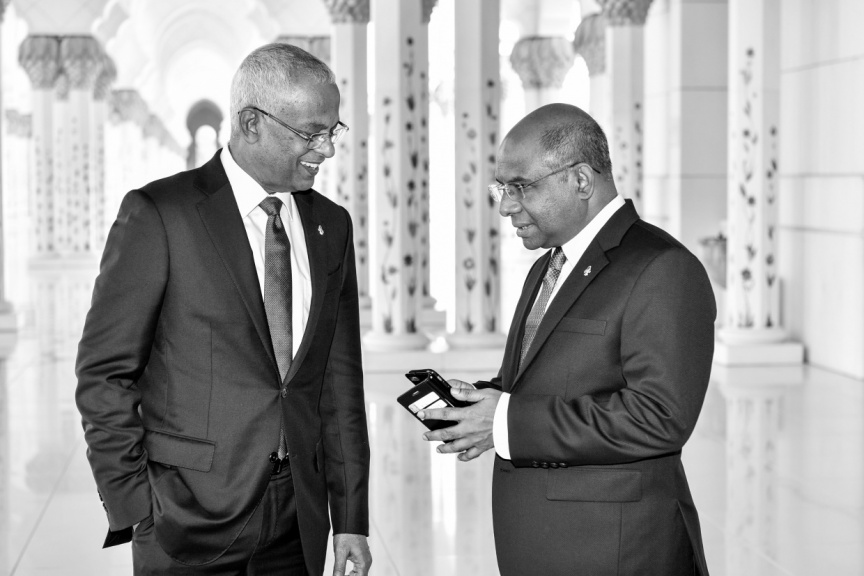 Foreign Ministry has stated that the rights granted under the constitution can be exercised within the limits stipulated under the religion of Islam.

The statement by Foreign Ministry comes during a time when a controversial report by the Maldives Democracy Network (MDN) has hit the spotlight of the public eye for allegations that it contains language offensive to Islam and the Prophet (SAW). The Foreign Ministry’s statement was in connection with the decision to suspend MDN by the Youth Ministry.

Rights such as freedom of expression granted under the Constitution will be upheld by the government according to the Ministry’s statement, however, they can only be exercised as far as the religion permits and in a manner that retains the public peace.

The Ministry also stated that rights such as freedom of expression granted through the International Covenant on Civil and Political Rights (ICCPR) are restricted under such conventions to hate speech and manners that might lose the public peace.

Protecting the rights of the citizens was one of the key responsibilities of the government in addition to upholding the religion of Islam which is one of the most important pillars of the society’s peace and prosperity and the country’s democracy, according to the statement of the Ministry and called for these rights to be utilized in a manner that does not lose the peace of the society.

The co0ntroversiaol report by the now-suspended MDN named as the “Preliminary Assessment on Radicalization in the Maldives” was based on research by the organization to assess the level to which extremism has gripped some parts of the society. The now-retracted report also included the names of some religious scholars of the country.

President Ibrahim Mohamed Solih has vowed to investigate the matter and take any necessary action. The matter is currently being investigated by Police as well after the Islamic Ministry submitted an official case. The Youth Ministry which oversees organizations within the country has ordered all activities of MDN to be halted due to the ongoing investigation by Police.