Nasheed: Children who attend school without breakfast may go astray 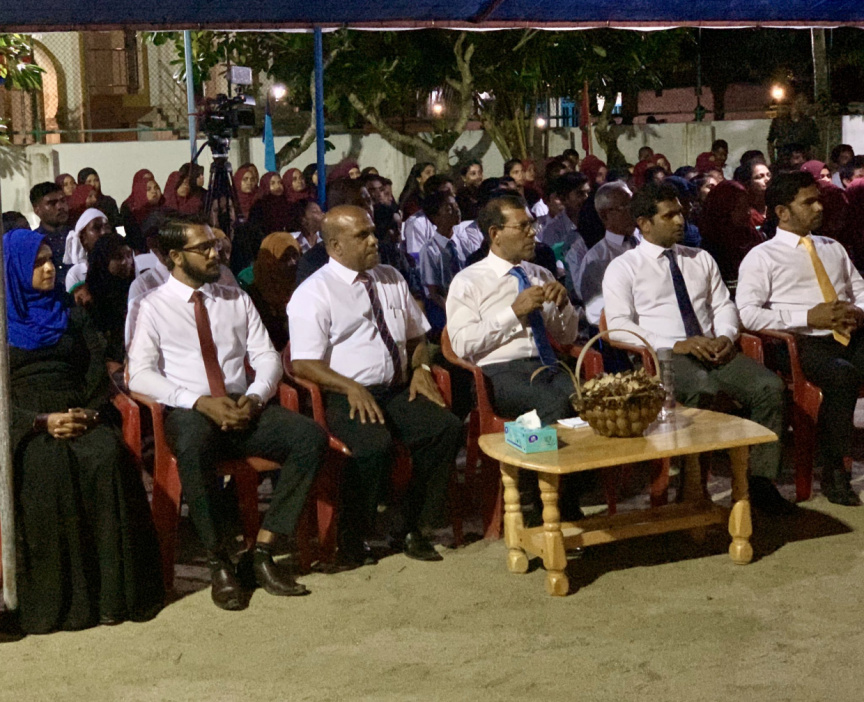 Speaker of the Parliament Mohamed Nasheed has stated that children who attend school in the morning without a healthy breakfast may go astray.

Nasheed was speaking at the prize day of A.A Thoddoo School last night when he stated that the children who attend school without a proper breakfast may not be able to fully concentrate on their studies and may result in a decline in their education slowly.

“If these students even if few, attend school without a good breakfast, what happens next is, they find it difficult to concentrate on their studies and their teachers in class. Due to this, a decline in their education starts slowly.” Said the Speaker. Speaker Nasheed who was the chief guest of the ceremony also said that this results in children who stop attending school by Grade 7, and ultimately joining a gang by the time they turn 18 or 20.

The Speaker also stated that he had noticed that children who do not have an adequate weight when they are younger also tend to go astray after reviewing a weight chart of children during their first five years.

“I met a lot of inmates in prison who did not gain the necessary weight during their first five years, these are the children who had to attend school without any breakfast,”

“They couldn’t move forward in life due to this and resulted in them going off-course and loitering on the streets and getting into violent fights. This results in these children traveling to other countries to take part in wars. This results in children who cannot help us build the nation we dream.” Said Nasheed.

He also added that the benefits of a good breakfast will be visible after 15-20 years. The current Speaker of the Parliament had pledged to provide a breakfast of milk and bananas to every student during his 2013 Presidential election campaign. That pledge has now been fulfilled by President Ibrahim Mohamed Solih.

The government provided breakfast was first started in schools June of this year and now, all government-run schools in the country provide breakfast to their students.

Minister: Tablets to be better utilized from next year