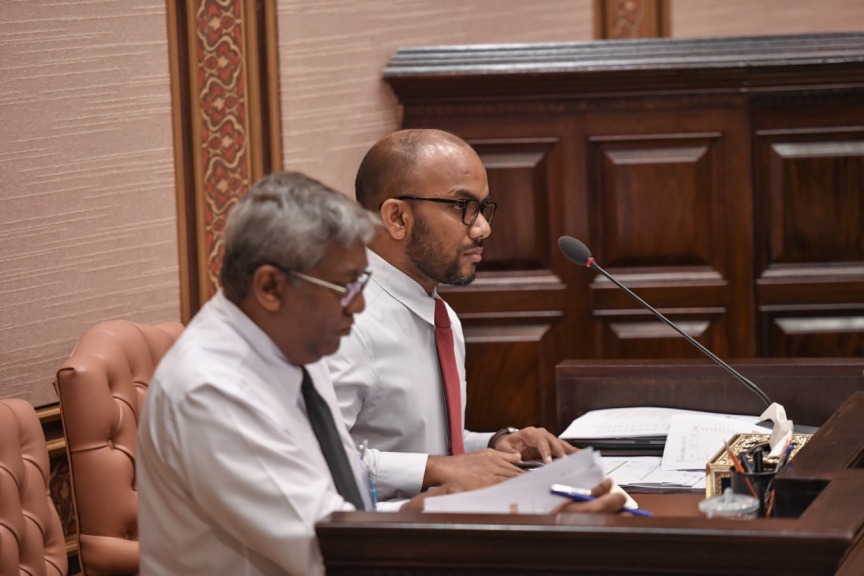 Finance Minister Ibrahim Ameer has announced that the balance of Sovereign Development Fund of Maldives has nearly doubled in just under one year.

The SDF is a contingency fund established in 2016 for utilization in case of difficulty in national debt repayment or economic crisis.

The SDF is managed by the central bank, MMA, separate from the state reserve.

The money into the SDF flows in from the airport development fee and Maldives Airports Company Limited (MACL)’s dividend.

Finance Minister Ibrahim Ameer was questioned regarding the current value of the SDF during a ministerial questioning session at the Parliament this Tuesday.

Maavashu MP Mohamed Saeed said that the SDF had been valued at USD 100 million at the end of former Maldivian President Abdulla Yameen Abdul Gayoom’s administration in 2018, and asked the Finance Minister regarding the current value of the SDF.

In response, Ameer said that the SDF had been valued at USD 96.3 million when the current administration assumed power, and that it was valued at USD 181 million by October 3rd.

Ameer also announced that the central bank and Finance Ministry was currently in the process of drafting a legislature designed to tighten the financial controls of the fund. He said the legislature would be presented to the Parliament soon.

The Finance Minister also spoke of the USD 800 million line of credit facility awarded to Maldives by India as part of its aid package. Ameer said that the interest rate for the credit facility was 1.5 percent, and that it will be utilized for public sector investment projects.

“We will utilize this for our mega public sector proposals,” said Ameer.

The rest of the aid package is made up of USD 200 million in grant assistance and a USD 400 million currency swap facility between the Indian reserve bank and the Maldivian central bank.

Maldives working with IMF, IFC due to economic impact

Govt. to release loans under aid package next week

Govt. pays a billion in settlements to private parties