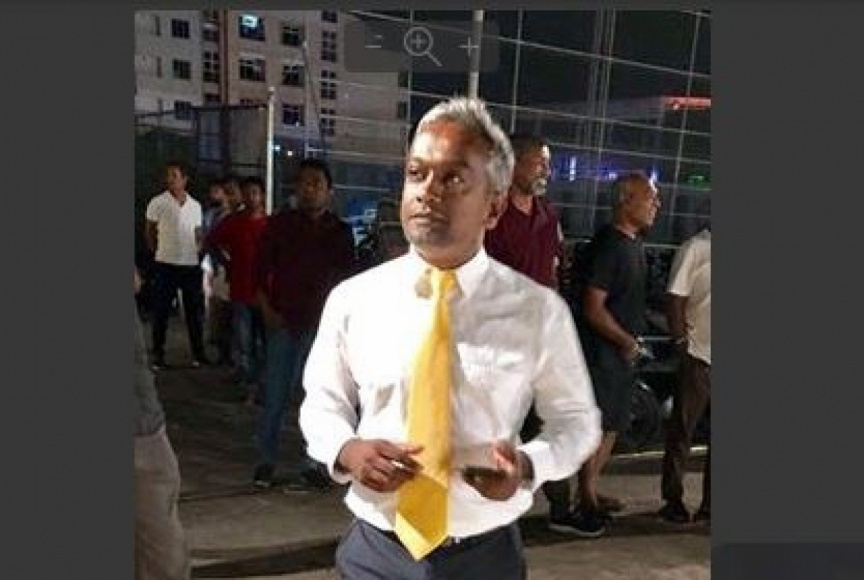 MDP lawmaker Ibrahim Muizzu alleges the massive fire which devastated the Abadhahfehi Magu neighborhood of Henveyru district on Friday had been a coordinated terrorist attack.

“This fire incident in Male’ was a planned and coordinated terrorist attack,” said Muizzu, urging authorities to take action.

GreenPath, the company which the storage facility belongs to, reported to Sun that all the necessary permits for the facility were in order. It said that the facility did not have any electricity, and could not comprehend how a fire could have erupted from inside the facility.

“We ourselves are shocked a fire originated from the facility. There’s no reason why a spontaneous combustion should have taken place. We ourselves will learn the cause once the police and MNDF complete its investigation,” said Ibrahim Nasheed, GreenPath’s managing director.

The fire is under investigation by the police forensic team.

The fire on Friday killed one woman and left 433 people homeless. The hundreds left homeless have been provided temporary shelter by the State.

Two injured in fire on board speedboat off Guraidhoo