Building damaged in Friday's fire tilts, to be demolished 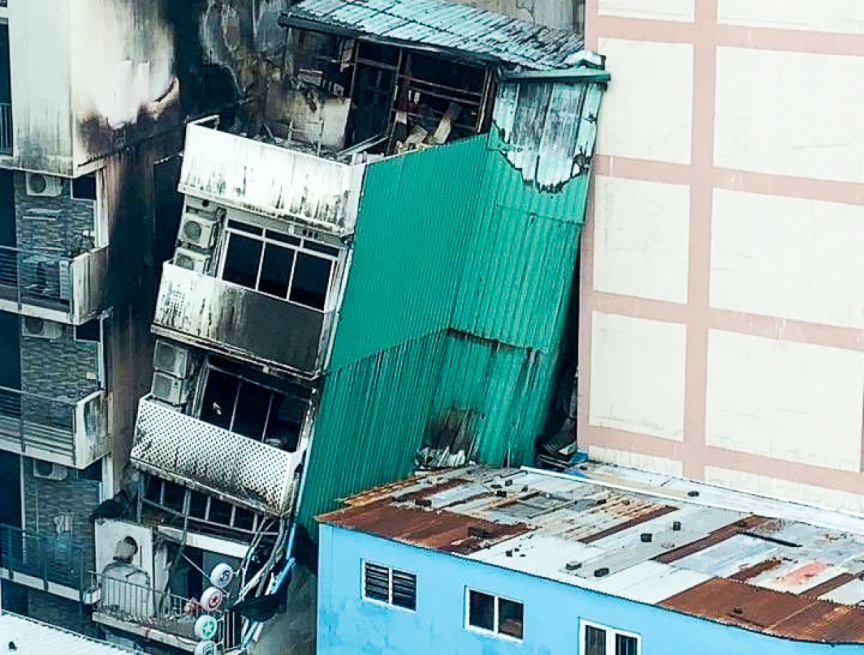 Building lays tilted and on the verge of collapse following a massive fire in Male' City on September 20, 2019.

A building damaged in the devastating fire that hit a densely populated neighborhood of Henveiru in Male' city has tilted over to its sides. MNDF has stated that the building will be demolished at 9:00 in the morning.

The fire on Friday night had damaged six residency buildings and four godowns at the location with three buildings burned down to the ground. Police had cordoned off the location, however, some roads have now been opened and some residents of the area have also been allowed to return home.

MNDF is also working on clearing up the rubble from the incident which affected more than 400 people and resulted in the death of one. The fire that had originated in one of the chemical storage facilities in the area had quickly spread to other buildings.