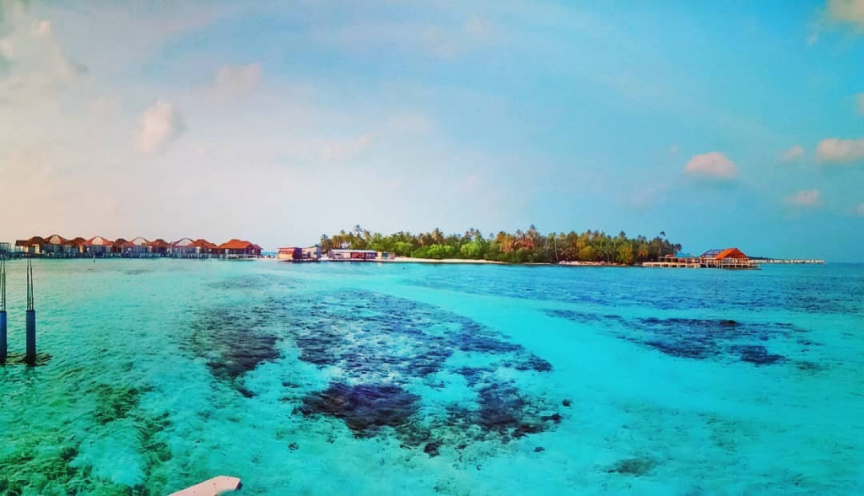 Th. Kalhudhiyafushi: Bank of Maldives has put the island up for sale for USD 29.5 million.

Bank of Maldives (BML) has put Th. Kalhudhiyafushi up for sale for USD 29.5 million.

Kalhudhiyafushi had been leased to Huravee International – co-owned by former Th. Guraidhoo MP Hussain Manik Dhonmanik, and was being developed as a resort in collaboration with Spanish hotel chain Meliá Hotels International.

Development work on the island was initiated in 2016. Though originally scheduled to open in 2017, work on the resort, called Gran Melia Huravee Maldives is yet to be complete.

The banking facility in question was granted to Huravee International in 2016.

BML has announced Kalhudhiyafushi is up for sale for USD 29.5 million. It has instructed interested parties to submit their proposals to the meeting room located on the sixth floor of BML headquarters at 4 pm on October 20.

Parties selected for the open auction are required to put down a bank security of USD 100,000.

Kalhudhiyafushi was leased to Hussain Manik Dhonmanik for an acquisition cost of USD 150,000 on August 24, 2015 through Maldives Marketing and Public Relations Corporation (MMPRC) during the time Ahmed Adeeb Abdul Gafoor has been serving as acting tourism minister.

Huravee International is co-owned by Hussain Manik Dhonmanik, a German citizen, and two other Maldivian citizens.