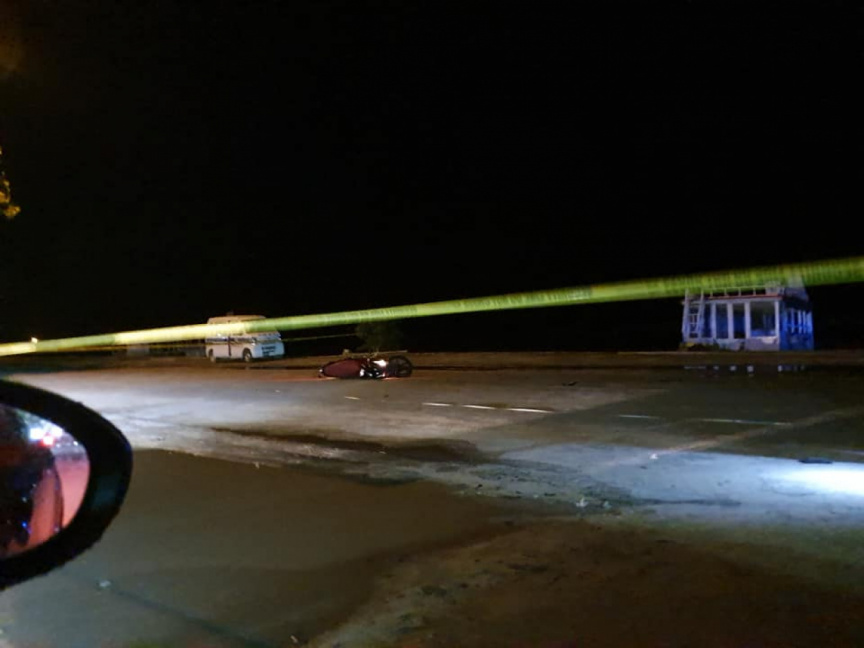 Scene of the traffic collision between two motorcycles in Maradhoo, Addu City, on September 16, 2019.

The underage driver who fled the scene of a traffic collision between two motorcycles in Maradhoo, Addu City, on Monday has been discovered upon seeking medical attention for his injuries at a hospital.

The underage driver, identified by the police as a 17-year-old boy, was discovered after he went to the Hithadhoo Regional Hospital to seek medical attention for his injuries.

The police report the boy did not sustain any serious injuries.

Meanwhile, the other driver, identified as a 55-year-old man, sustained serious injuries and is currently under treatment at the Intensive Care Unit of Hithadhoo Regional Hospital.

Arrangements are being made to transport the man to Male’ City for additional treatment.