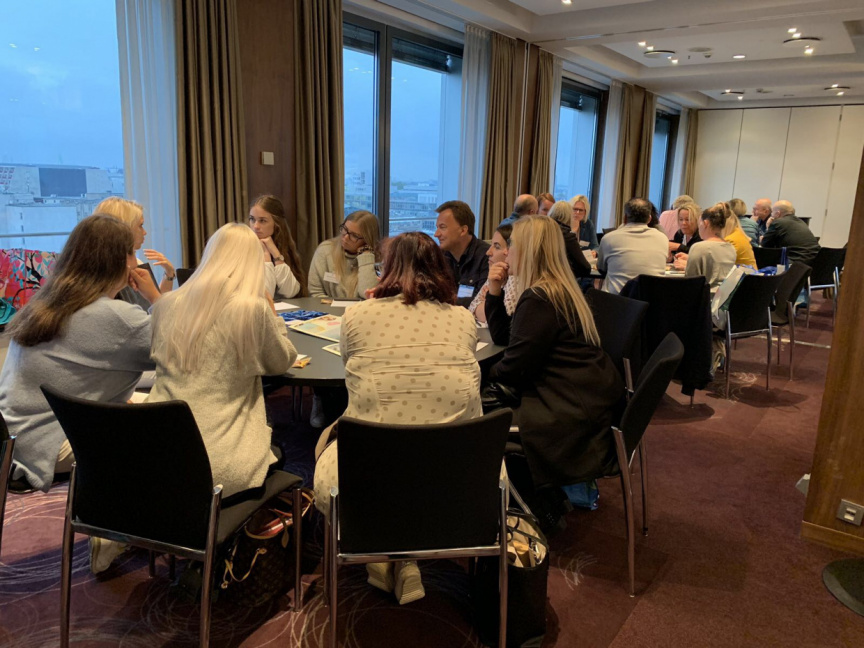 Roadshow underway in Germany by MMPRC to promote Maldives as a tourist destination. (Photo/MMPRC)

Maldives Marketing and Public Relations Corporation (MMPRC) has launched a roadshow to promote Maldivian tourism in Germany and Austria.

MMPC reported that it is its sixth event under the marketing campaign Journey to the Sunny Side this year.

MMRC reported that the roadshow targets the German speaking market to maximize the Maldives brand exposure.

Seven travel and tourism companies from Maldives are taking part in the four-city roadshow.

The roadshow is expected to create potential opportunities for the companies and reinforce the relationship between Maldivian companies and German and Austrian tour operators.

The roadshow is comprised of destination presentation and one-to-one networking sessions.

A raffle draw winner will be chosen from each city to spend holidays in Maldives – sponsored by LUX* North Male Atoll.

Meanwhile, the Austrian market shows a growth of 9.3 percent with a total of 13,415 tourist arrivals compared to the same period of 2018.