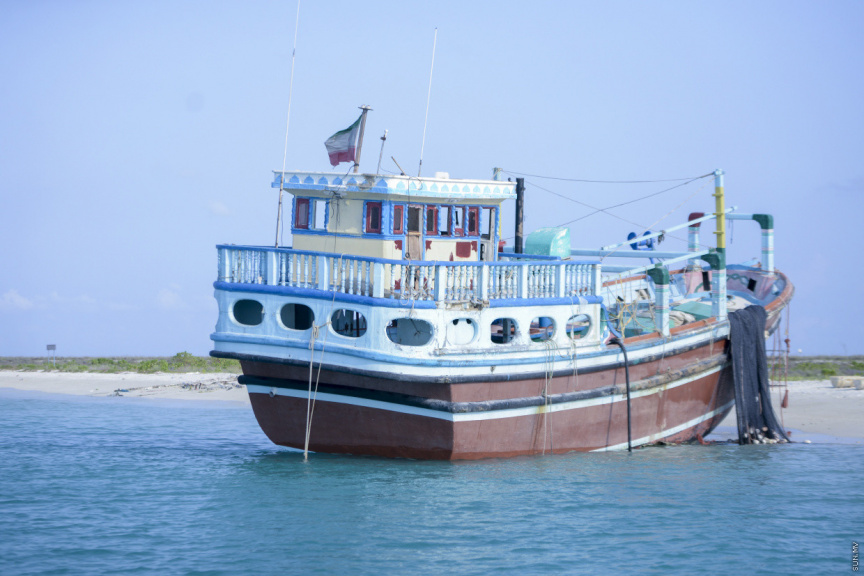 Iranian ship captured trafficking drugs within Maldivian waters on May 6, 2019 lays wrecked on a reef off the coast of K. Vilingili. (File Photo/Sun/Ahmed Awshan Ilyas)

The hearing scheduled at the Criminal Court for this Tuesday over the Iranian ship caught by Maldivian authorities trafficking drugs into the country has been cancelled due to failure to appoint translators and attorneys for the crewmembers charged in the case.

The ship was captured and seven crewmembers on board the ship, all Iranian citizens, arrested in a joint operation run by Maldives Police Service and Maldives National Defense Force (MNDF) from 126 nautical miles to the west of B. Atoll, on May 6.

The police discovered 51 kilos of drugs from onboard the ship.

The seven crewmembers on board the ship have been charged with drug trafficking, as well as drug abuse.

Sun has been informed the ship has a record of drug trafficking and was previously intercepted trafficking 250 kilos of drugs into another country.