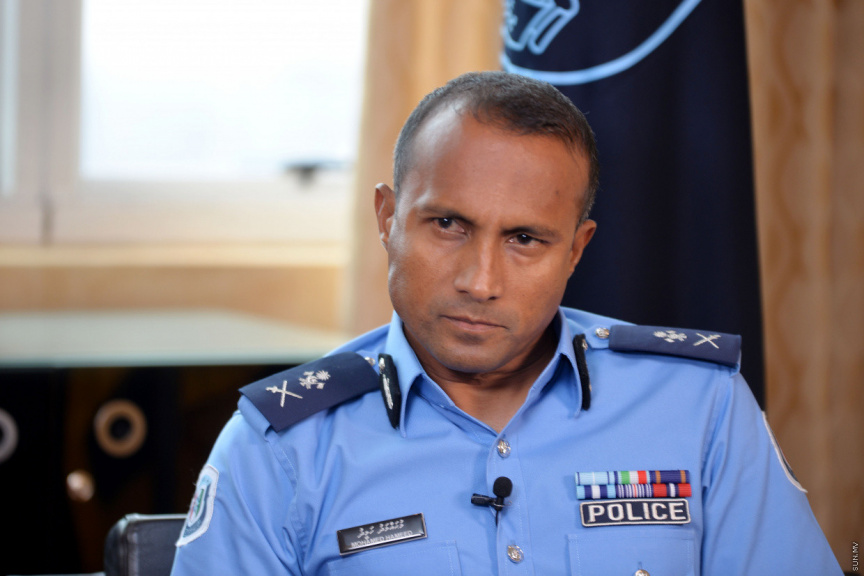 The police say the Commissioner of Police Mohamed Hameed (MC Hameed)’s decision to appeal for a reassessment of the police disciplinary board’s decision to demote seven Drug Enforcement Department officers caught on video brutalizing a suspect was driven by the belief that a demotion was a far lighter consequence for their action.

The seven DED officers in question were caught on video beating up a suspect, identified as a 36-year-old Bangladeshi citizen, during a drug raid on M. Ujaalaage in July.

The disciplinary board had decided to demote the seven DED officers, transfer them to other departments, and relieve them of commendations for discipline.

However, the CP filed for an appeal of the board’s decision with the appeals committee on September 11.

A spokesperson from the police reported this Tuesday that the CP appealed the decision because he found the penalty to be far lighter than was usually meted out for such offenses.

The police regulation on disciplinary and administrative offenses and penalties for such offenses empowers the CP to appeal decisions made by the disciplinary board.

However, the appeals committee does not have the power to revise the disciplinary action itself.

Though the suspension on the seven officers has expired, the police report they will not be allowed to return to duty until a decision is finalized by the disciplinary board.

The officers also had a criminal probe conducted against them, which has been sent for duty prosecution the Prosecutor General’s Office – a process in which the investigative agency and the PG’s Office exchange information and counsel.

Adeeb to appear before court for travel ban violation