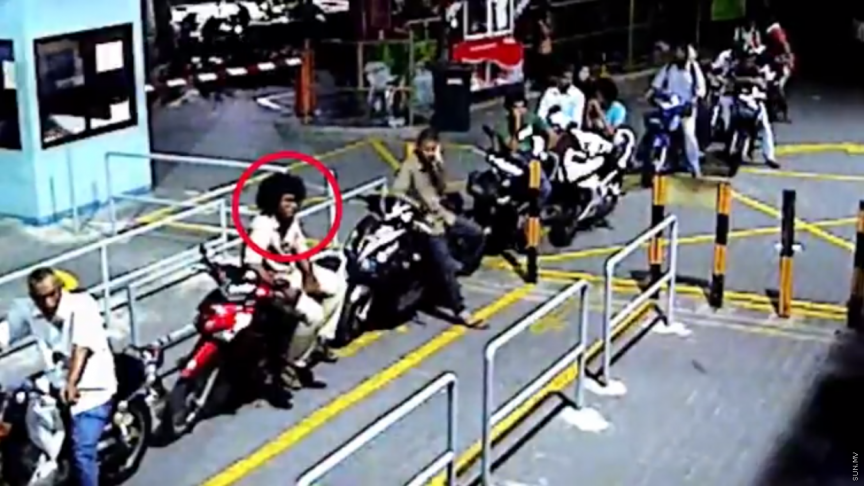 Commission on Disappearances and Deaths has made a public appeal for information regarding a person of interest for its investigation into the 2014 abduction and murder of journalist Ahmed Rilwan Abdulla.

DDCom made the appeal this Monday along with CCTV video footage of the man.

The video footage is from a CCTV camera at the Hulhumale’ ferry terminal.

Sun has been informed the man is a person of interest in the 2014 abduction and murder of Ahmed Rilwan Abdulla.

The video footage is believed to have been a recording made on August 8, 2014, when Rilwan was last seen.

Rilwan was last seen on video at the ferry terminal on August 8, 2014.

DDCom recently announced that it had evidence he was abducted from Hulhumale’ where he resided, forced into a car, put on board a dinghy boat and transferred to another vessel – onboard which he was beheaded, and his body thrown overboard.

A local terror group linked with Al-Qaeda is believed to be behind the murder.