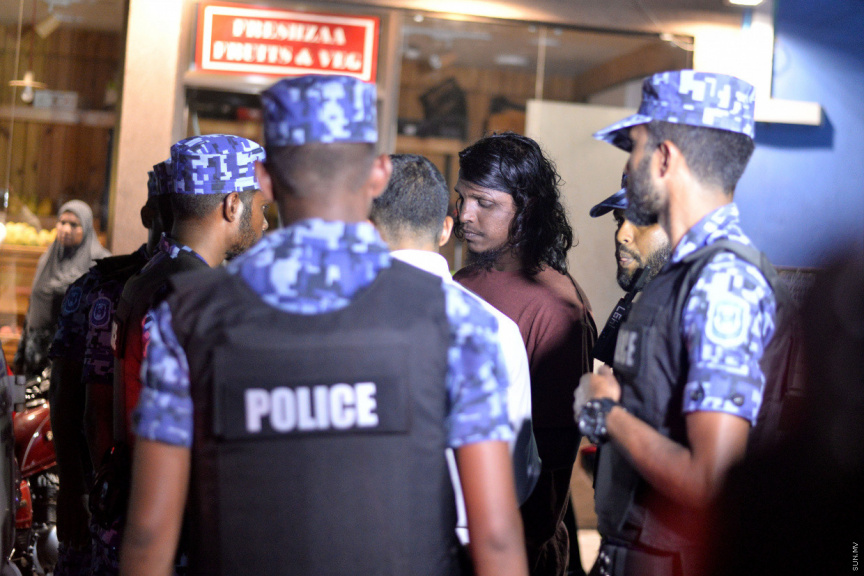 Police search properties and suspects in connection to the 2014 abduction and murder of Ahmed Rilwan Abdulla on September 10, 2019. (Sun Photo)

The police have concluded its operation to enforce search and seizure warrants issued at the request of Commission on Disappearances and Deaths for its investigation into the 2014 abduction and murder of journalist Ahmed Rilwan Abdulla.

The two-day operation was concluded this Wednesday evening after searches of 17 properties and 11 suspects.

A police spokesperson reported that the police have now enforced all search and seizure warrants issues at the DDCom’s request.

“The police searched 17 properties and 11 people in Male’ City and Addu City under court warrants,” said the spokesperson.

The spokesperson said that no arrests were made during the raids, clarifying that the warrants had been for search and seizure, and not arrests.

Searches were conducted on both residential and business properties of people named as suspects by DDCom in its investigation into Rilwan’s murder.

DDCom recently announced that it had evidence he was abducted from Hulhumale’ where he resided, forced into a car, put on board a dinghy boat and transferred to another vessel – onboard which he was beheaded, and his body thrown overboard.

It says a local terror group linked to Al-Qaeda is responsible for the murder.