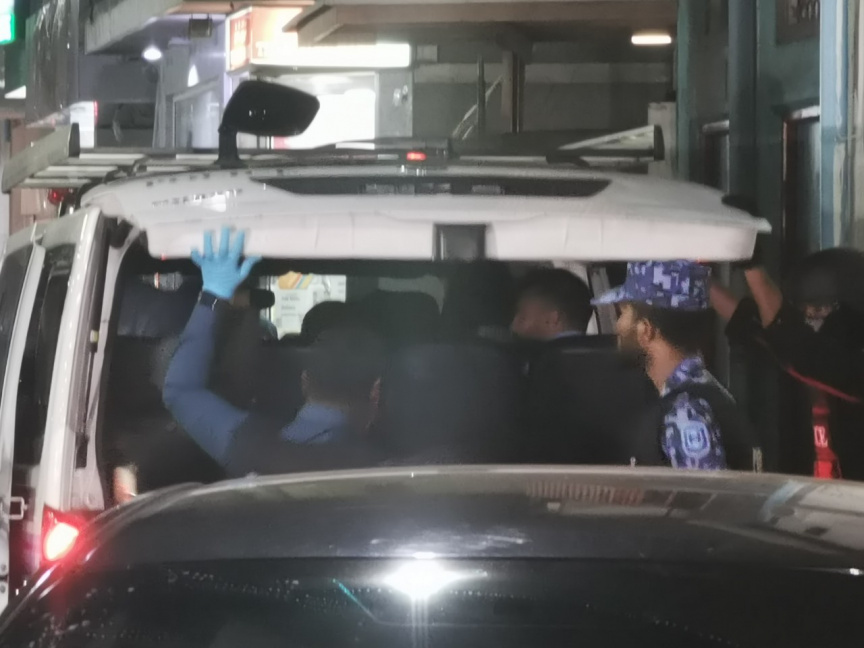 Police raid a property in Male' City in connection to the murder of Ahmed Rilwan Abdulla on September 10, 2019.

The police have raided multiple properties in Male’ City, Hulhumale’ and Addu City in connection to the 2014 abduction and murder of journalist Ahmed Rilwan Abdulla.

Commission on Disappearances and Deaths recently announced that it had evidence he was abducted from Hulhumale’ where he resided, forced into a car, put on board a dinghy boat, transferred to another vessel, beheaded, and his body thrown overboard on August 8, 2014.

The police raids this Tuesday began at approximately 6:30 pm.

Police confirm the raids are being conducted to enforce a search warrant issued by the Criminal Court at the request of Commission on Disappearances and Deaths.

The properties being raided are connected to some of the people named as suspects by the Commission on Disappearances and Deaths in its draft report on its investigation into the case.

They include Shaffaf Mohamed from S. Feydhoo – who the commission’s witnesses place in the backseat of the car Rilwan was forced into after he was abducted; Samith Mohamed from Th. Omadhoo; Ali Shiyam (VB Ayya) – who is suspected of funding  terrorist activities; and Ahmed Aqlyl (Kidu) from S. Feydhoo.

Sun's reporters witnessed two people being taken into custody by the police during the raids. However, no official confirmation of any arrest has been issued, as of yet.