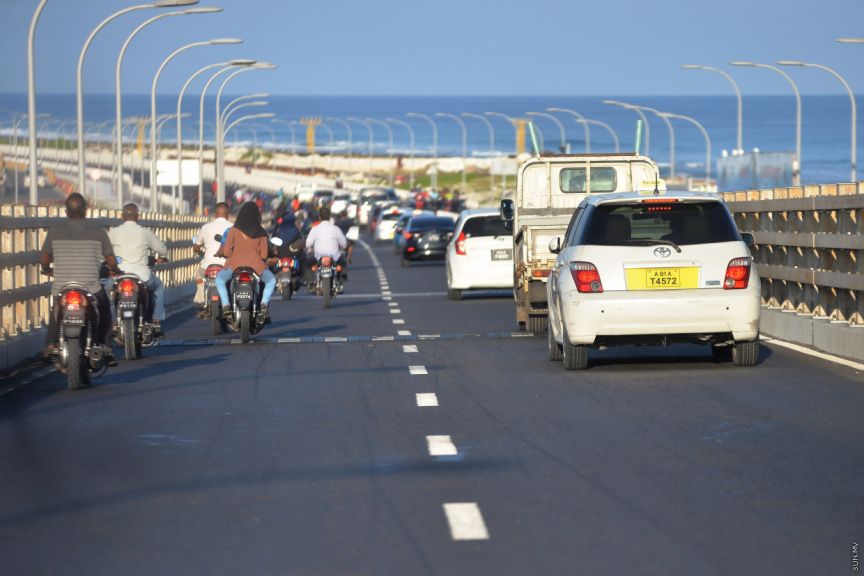 Planning Ministry says the government has no immediate plans to impose a toll fee to cross the Sinamale’ Bridge.

The Sinamale’ Bridge was opened to the public on September 7, 2018, and currently provides toll-free access to commuters between Male’ City, Hulhumale’ and Hulhule’.

The previous administration, which constructed the bridge, has initiated discussions regarding imposing a toll fee, but left the decision up to the current administration which came to power shortly after the bridge was opened.

The previous administration had discussed installing an electronic toll system which would not require vehicles to stop and pay the toll fee manually.

MVR 56 million was allocated in the current year’s budget to install a toll system.

However, the Planning Ministry reports the current administration has no immediate plans to impose a toll fee for access to the bridge.

President asked to deliver his UN address in Dhivehi