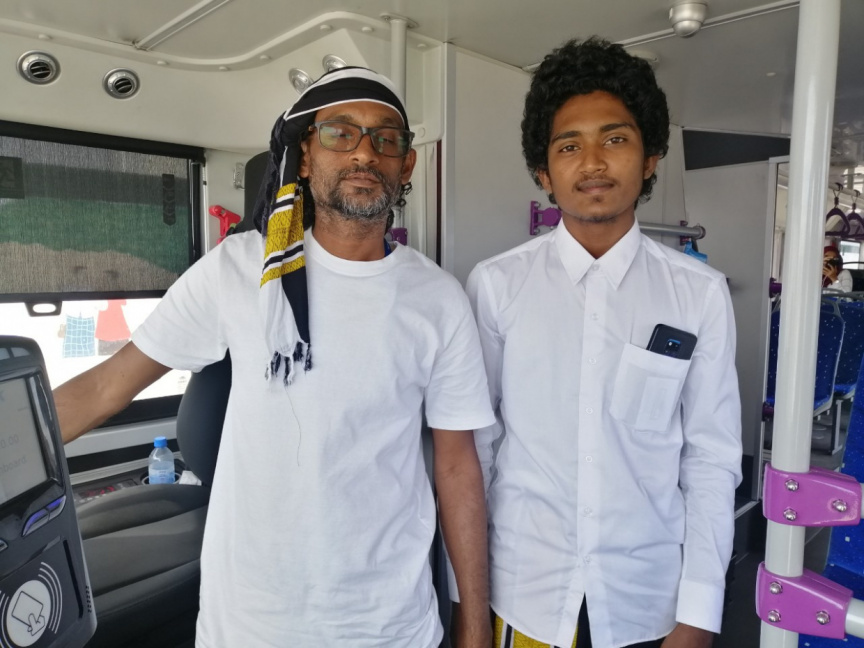 One year has passed since Maldives Ports Limited (MPL) began transport operations between Male' and Hulhumale' and the company is celebrating it in style with its employees dressed in traditional attire.

One of the biggest easements that the public has gained from the Sinamale' bridge is the transport services of MPL. Bus drivers and conductors today reported for work in the traditional Maldivian attire of white shirts and "Feyli" which is a  type of sarong to celebrate the anniversary of its operations.

The transport services by MPL with buses has seen hundreds of people travel between the two islands every day. The service was first free of charge or the public but later changed to charge MVR 10 per customer for each trip earlier this year.

MPL has 22 buses for the operations and operates one every 10 minutes during peak hours.