DDCOM to appear in parliament over Rilwan's report 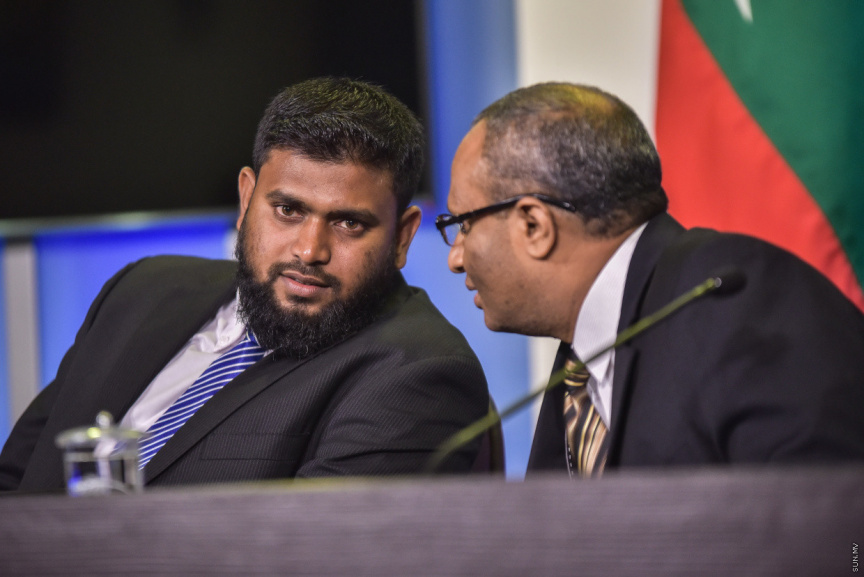 President Husnu Al Suood (R) of the Commission on Murders and Enforced Disappearances meeting with reporters; The Commission members will meet with the parliament's 241 committee today. (Sun File Photo)

The Presidential Commission on Disappearances and Deaths (DDCOM) has been scheduled to appear at the parliament's Committee on National Security Services (241 Committee) today.

The Presidential Commission's report stated that police officers had been following and monitoring Rilwan, two months prior to his disappearance and even tapped the phone of Rilwan, citing a threat to national security. Two police officers had also allegedly tried to make a copy of a Rilwan's passport to show that he had died after fighting in a war abroad.

This had prompted the Attorney General to order the arrest of these two suspected officers but were countered by Police who stated that the two officers cannot be arrested because there wasn't sufficient evidence to charge them with a criminal case.

The DDCOM's report showed that Rilwan who had been missing since 2014 was abducted, forced into a car, put on board a dinghy boat, transferred to another vessel, and then murdered in the early hours of August 8, 2014, by a branch of the terrorist organization Al Qaeda in the Maldives.