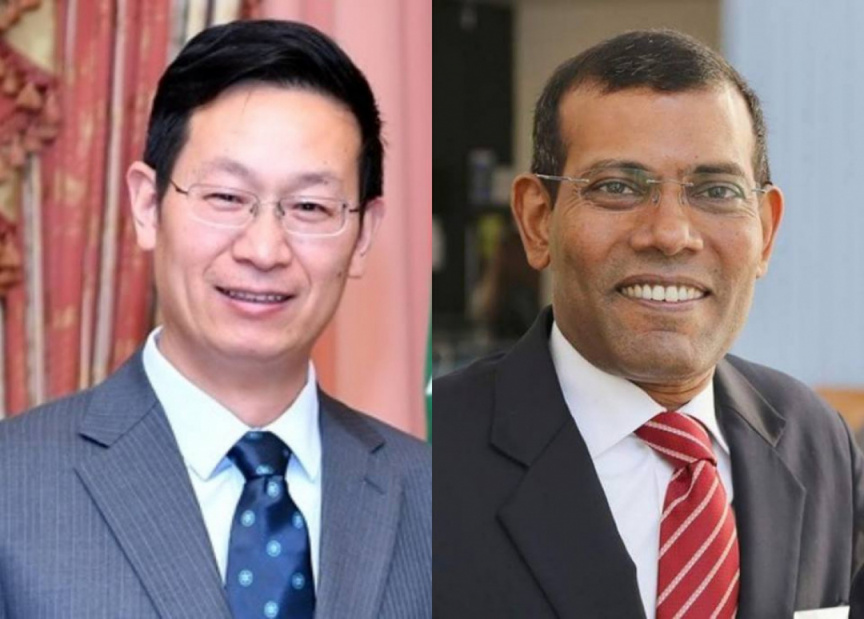 Chinese Ambassador to Maldives H.E. Zhang Lizhong has refuted statements by the Speaker of the Parliament Mohamed Nasheed regarding 7000 flats constructed by China in the phase2 of Hulhumale'.

Speaker Nasheed had answered a question by "Sun" at a news conference last Thursday that China had constructed the flats without finishing for MVR 1900 per feet.

Nasheed's statement is in direct contrast with the figures quoted by the Chinese Ambassador to the Maldives H.E. Zhang Lizhong. Mr. Zhang stated that he had obtained the actual figures from the contractors and that the figures showed that the flats were built for MVR 1450 per feet. The information by the Ambassador also showed that each flat was around 720 feet and cost USD 62,000. The information also showed that the flats cost around MVR 1320 per feet without the finishing.

Thursday's conference saw Nasheed state that the Maldives would owe China, massive amounts of money starting from 2021. He also stated that since the projects were not profitable for the country, there was no way to pay China back from those projects. Nasheed also said that the Maldives could not pay more than the amount that it had obtained from China and that he hoped that China would remove the amount.

This is not the first time that Speaker Nasheed and Ambassador Zhang had had a public spat. There was also a war of words between the two regarding a speech by Nasheed at the Indian Ocean Conference.