Police: Corpse found in Soneva Jani yet to be Identified 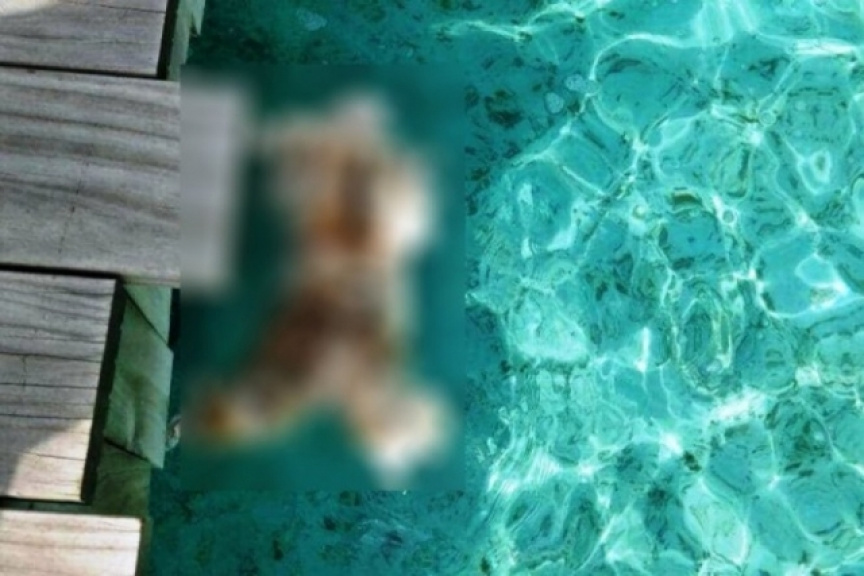 Corpse found from the lagoon of Soneva Jani in N. Medhufaru on February 1, 2018. (File Photo)

The police say the corpse found floating at the lagoon of luxury resort Soneva Jani in 2018 is yet to be identified.

The corpse was found at the N. Atoll resort on February 1, 2018 – and has drawn renewed scrutiny from the general public following the revelation by the presidential commission on investigation of murders and enforced disappearances regarding journalist Ahmed Rilwan Abdulla, who went missing on August 8, 2014.

The commission has announced that Rilwan was abducted, beheaded and then cast into the sea off Hulhumale’.

The revelation had renewed interest on the corpse found from Soneva Jani – which had its head, and parts of the arms and legs missing, and a rope around the torso.

Many have questioned whether the corpse could be Rilwan’s remains.

A police spokesperson reported to Sun this Thursday that investigators have taken samples from the corpse, and opened an investigation into the case.

“But it is yet to be identified,” said the spokesperson.

The presidential commission, at a press conference on Sunday, September 1, announced that it had credible evidence Rilwan was abducted from Hulhumale’ where he resided, forced into a car, put on board a dinghy boat, transferred to another vessel, and then murdered in the early hours of August 8, 2014.

It said that the Al-Qaeda branch in Maldives was responsible for Rilwan’s abduction and murder.

It also found evidence Rilwan had been under surveillance by the police intelligence department ahead of his abduction, from April 24, 2014 to June 22, 2014.

The court papers requesting the warrant for surveillance reads that it was for investigation “for co-conspiracy to carry out activities which pose a national threat”.

Rilwan was placed under police surveillance and had his calls monitored during the period.

It also found that the police intel department received, but took no action on reports of plans to drown two people ahead of Rilwan’s abduction, and that two intel officers fabricated evidence to make it appear like Rilwan had travelled to Syria as a militant and had died there – at orders from former Vice President Ahmed Adeeb Abdul Gafoor.