Qasim: Report on Rilwan murder based solely on police info 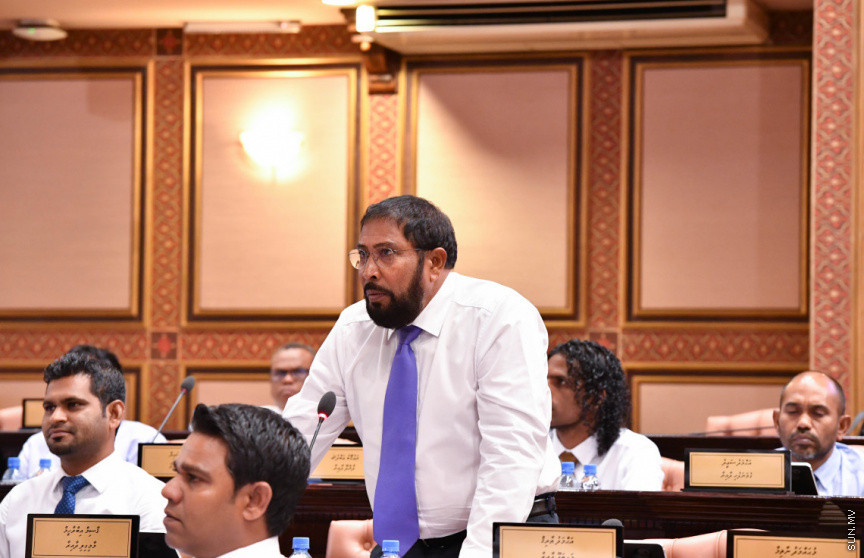 Parliamentarian and leader of Jumhoory Party, Qasim Ibrahim alleges the draft report compiled by the presidential commission on investigation of murders and enforced disappearances on the 2014 abduction and murder of journalist Ahmed Rilwan Abdulla does not contain any new information, and is based solely on evidence collected by the police.

Speaker of Parliament, former president Mohamed Nasheed, on Tuesday, called the Parliament’s attention to clause 50 of the draft report, which says that the police intelligence department had refused to share information with the commission despite repeated requests.

He said that he believed the commission shared its report with the Parliament because it had no faith in the countries police or courts.

Qasim, during this Wednesday’s parliamentary sitting, voiced alarm over allegations against the police.

“This condoning of comments which blacken the police institute’s reputation here at the Parliament, with the Speaker of Parliament presiding over the sitting, based on comments made by someone to the Speaker which misconstrued the reality of the situation, is not right at all,” said Qasim.

He asked that fellow parliamentarians refrain from making any unfounded accusations against the police.

Qasim said that though the police may have taken certain missteps in its earlier investigation into the case, he believed the commission had been able to complete its investigation because of police assistance.

“How is it possible for people who have no capacity for investigative work, carry out police work like they had, and present a report of that level to the Speaker one or one-and-a-half months in advance? I don’t believe such a task is possible,” said Qasim.

He said that the information on the report were based solely on police work.

“The information on the aforementioned report was all information which the police found. Information shared by the police. I’m not saying that anything wrongful hadn’t taken place in the past. But I don’t believe the policemen of today should be held accountable for that,” said Qasim.

He said that waging unfounded allegations against the police could have national consequences.

Several parliamentarians, during the debate on the report on Tuesday, accused the police of lack of sufficient action to address extremism. Thulhaadhoo MP Hisaan Hussain and South Galolhu MP Mickail Ahmed Naseem had been especially critical of the police.

The presidential commission has established that Rilwan was abducted from Hulhumale’ where he resided, forced into a car, put on board a dinghy boat, transferred to another vessel, and then murdered in the early hours of August 8, 2014.

It says that the Al-Qaeda branch in Maldives was responsible for both Rilwan’s abduction and murder.

The draft draft report reveals the police intel department received, but took no action on reports of plans to drown two people ahead of Rilwan’s abduction, and that two intel officers fabricated evidence to make it appear like Rilwan had travelled to Syria as a militant and had died there.

The commission has recommended that the heads of the intel department be held accountable.

Dhunya: Islam does not allow ideologies of extremism