8 fined for smoking at restricted areas 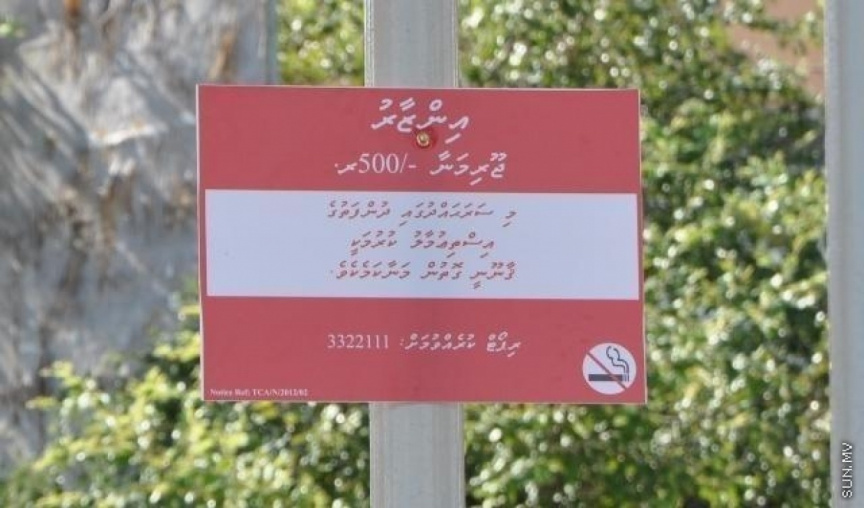 A notice warns of the imposition of a MVR 500 fine for violation of the smoking ban. (File Photo/Sun)

Eight people have been fined for smoking at smoking restricted locations.

Smoking is banned at public location and outside of schools, colleges, universities, government offices, and non-smoking areas at cafes and restaurants in Maldives.

Records released by the Environment Police show an additional 10 people were fined for littering within the one-week period from August 24 to August 30.

The department reports it resolved 47 issues over the past week.