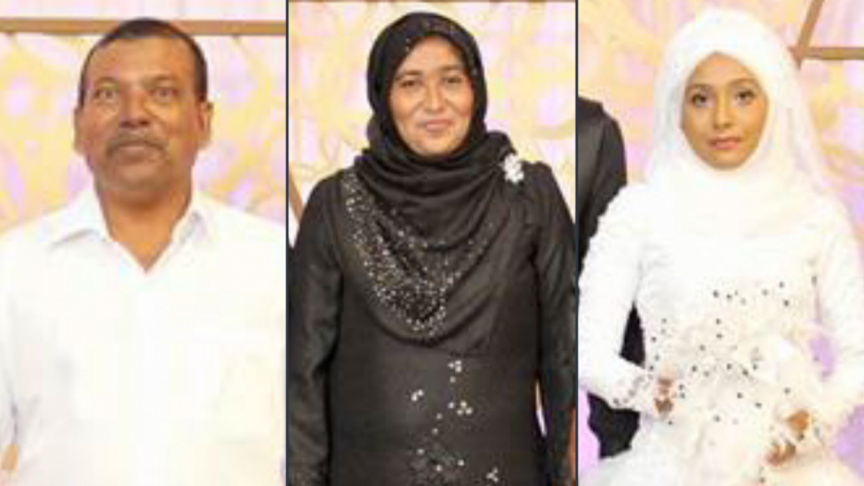 Five passengers have reported dead in a tragic marine accident off the coast of H. Dh. Hanimaadhoo this Thursday.

Sun has been informed the speedboat carrying 10 passengers had departed from H. Dh. Nolhivaramfaru to H. Dh. Hanimaadhoo at approximately 11:10 am. The boat had capsized and thrown its passengers, among them women and children, into the sea.

Five passengers are reported to have drowned in the accident.

Four of the victims belong to the same family; a married couple, their daughter-in-law, and their granddaughter.

They have been identified as Nolhivaram School’s longest serving teacher Hussain Abdulla, his wife Mariyam Manike, their sole daughter Guraisha Abdulla, 30, and her three-year-old daughter.

The fifth victim has been identified as an adult female who also worked at Nolhivaram School as a teacher.

The remaining five passengers have been rescued and taken to the Hanimaadhoo health center.

Some of the surviving passengers are reported to be in critical condition.

A local from Hanimaadhoo reports the man driving the boat, and two other passengers had swum to Hanimaadhoo and had been the ones to report the marine accident.