Hulhule’-Male’ lanes on Sinamale’ Bridge to be closed for inspection 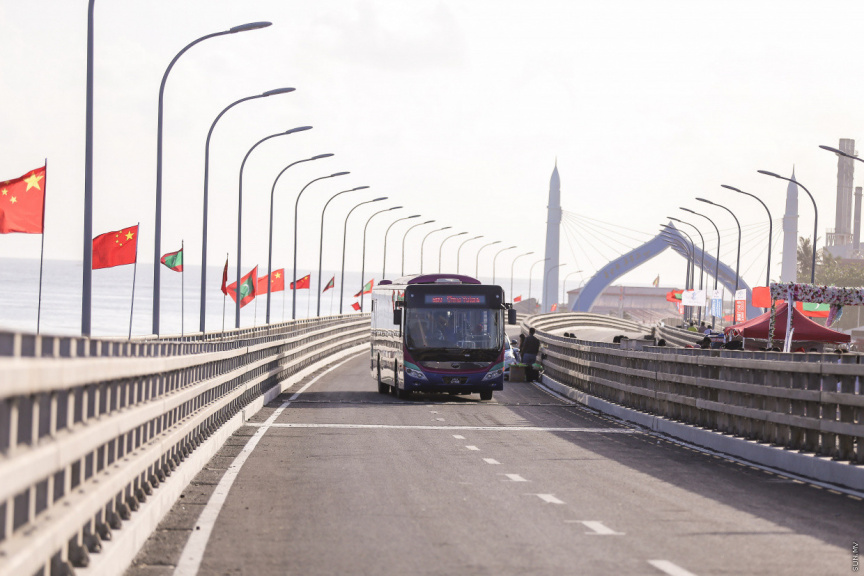 A public bus heads from Male' City to Hulhumale' on the Sinamale' Bridge. (File Photo/Sun/Fayaz Moosa)

Transport Authority has announced the decision to temporarily close down the two lanes for traffic between Male’ and Hulhule’ on the Sinamale Bridge for annual inspection.

TA reports the lanes will be closed for six hours over the upcoming weekend, and again on September 6.

TA reports the lane for traffic from Hulhule’ to Male’ will be temporarily made two-way lanes while the inspection is in progress.

The authority has asked for the public to abide by the scheduled changes in traffic, and follow instructions of traffic police who will be operating in the area.

Speaker hints BroadCom motion will be sent back