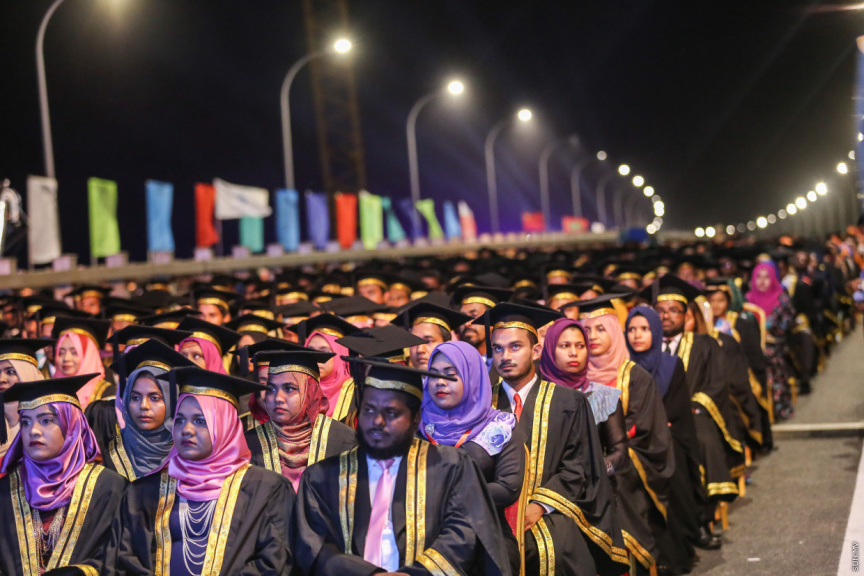 A graduation ceremony of MNU.

Maldives National University has announced that those who wish to stand in the council election of the university can now apply.

The announcement by MNU today states that interested parties can apply in eight categories. They include the categories of Education, Learning, Health, Law and Business, Science, Environment, Arts and National safety.

Interested parties can apply for the elction until 2:00, August 29.

The Maldives National University law has been amended published in the gazette on August 5. The amendments brought to the law states that a council must be formed within 30 days of the law being published and that it is the responsibility of the council to appoint the Deputy Vice-Chancellors of the University.

The two Deputy Chancellors of MNU were removed from their posts yesterday. This was done so when the law stated that until the new council is formed, the deputy chancellors in the posts would remain so at the posts.

Hankede to be opened for tourism after assessment