HRCM questioned over decision not to probe torture of 22 children 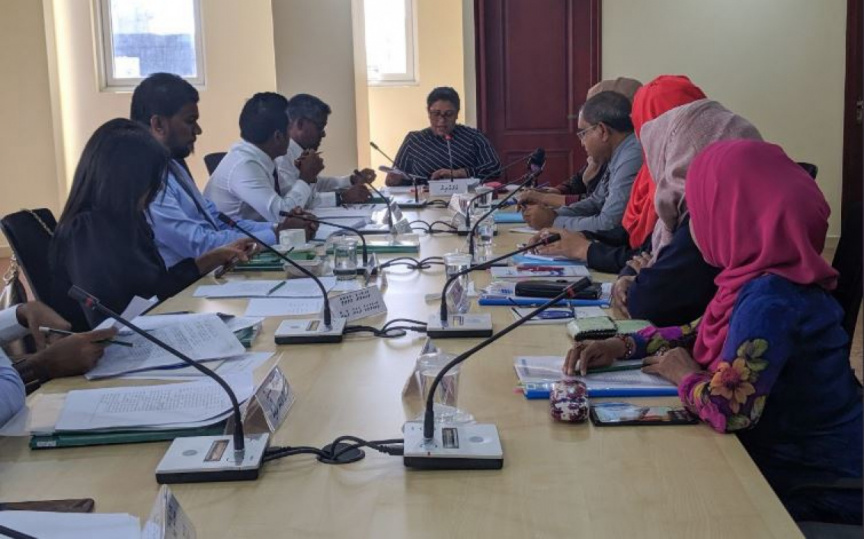 Human Rights and Gender Committee of Parliament has questioned the Human Rights Commission of Maldives (HRCM) over the mention of the decision not to initiate investigations into cases of torture and cruel treatment of 22 children under State care in the anti-torture report.

HRCM’s anti-torture report 2019 reveals 10 cases of torture and cruel treatment to children under State care at shelters Kudakudhinge Hiyaa, Fiyavathi, and the G. Dh. Children Service Center by its employees were filed with the commission.

One of the cases involves forced removal of clothes of several children at the Kudakudhinge Hiyaa. The case was filed against seven contract employee and one permanent employee at the shelter.

The anti-torture report reveals the Gender Ministry took administrative action against 10 shelter employees in connection to the cases and shared the information with the HRCM, but the HRCM failed to investigate the employees in question.

The report reveals some of the cases were filed with the HRCM over one-year after the incidents took place, and the HRCM made the decision not to pursue investigations based on its estimation of the improbability of being able to obtain the necessary evidence.

Human Rights and Gender Committee, during its session with the HRCM on Wednesday, repeatedly pressed members of the HRCM over its decision not to pursue investigations despite the psychological damage to the victims due to the acts of torture and cruelty.

The committee also pressed the HRCM on how it rules on the probability or improbability of finding evidence.

Members of the HRCM responded that it held a meeting after the case was filed, and reviewed the information and evidence it had on the case. They also said they visited the Kudakudhinge Hiyaa to question the victims as required under the Anti-Torture Act in all cases involving acts of torture, but that none of the victims answered questions.

“What we noticed when the police and the Human Rights Commission went there with the same task is the children will suffer psychological damage from being repeatedly exposed to the same questions, the same thing, posing challenges to the investigation,” said Aminath Enas, President of HRCM.

Enas said the Prosecutor General instructed HRCM to collaborate with the police for the investigation into the case, and that the case was therefore a ‘joint investigation’.

She said the commission faced certain challenges, and therefore decided to investigate the systematic aspect, while the police investigated the torture.

According to Enas, the torture investigation has been completed by the police, and submitted to the Prosecutor General’s Office for criminal charges.