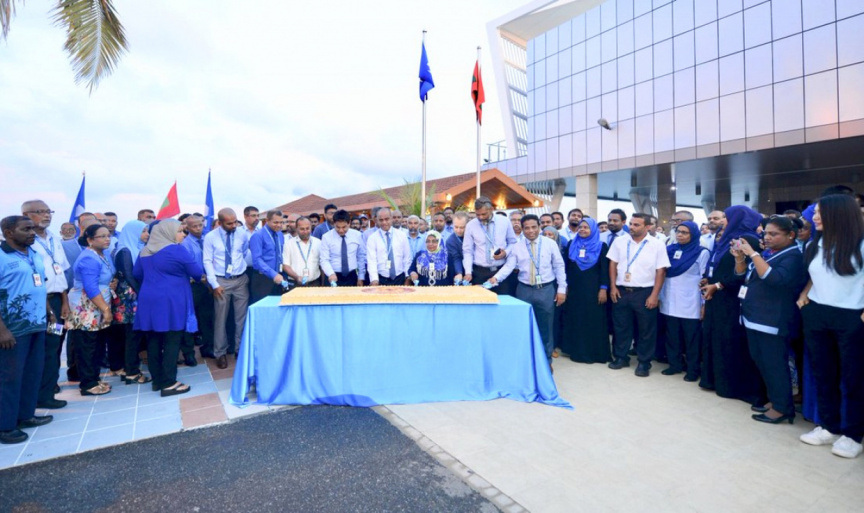 Maldives Airports Company Limited (MACL) has distributed MVR 7,879.79 to each of its employees as 2018 annual bonus.

MACL announced the distribution of the annual bonus in a circular sent to the staff.

According to the company, the MVR 7,879.79 annual bonus was deposited to the employees’ bank accounts ahead of the Eid al-Adha holiday.

MACL reports it distributed the annual bonus equally among all its employees without distinction.

The company reports it calculated the annual bonus to its employees who left the company in 2018 after minimum six months of service based on their tenure.

However, none of the employees who were dismissed under the company’s disciplinary policy were eligible for the bonus.

Finance Ministry recently revised its regulations to stipulate that State-owned companies may not distribute annual bonus to employees unless such a decision is passed at an annual general meeting, and only after the company pays its dividends to the State.

The new regulation also dictates that the bonus must not exceed three percent of the dividend declared by the company for the year.

MACL is one of the most highly profitable State-owned enterprises.

State-owned enterprises generated a profit of MVR 1.5 billion in Q1 of 2019 – the highest of which was earned by MACL with MVR 572 million. The figure is nearly double the MVR 379 million it earned in Q1 of 2018.