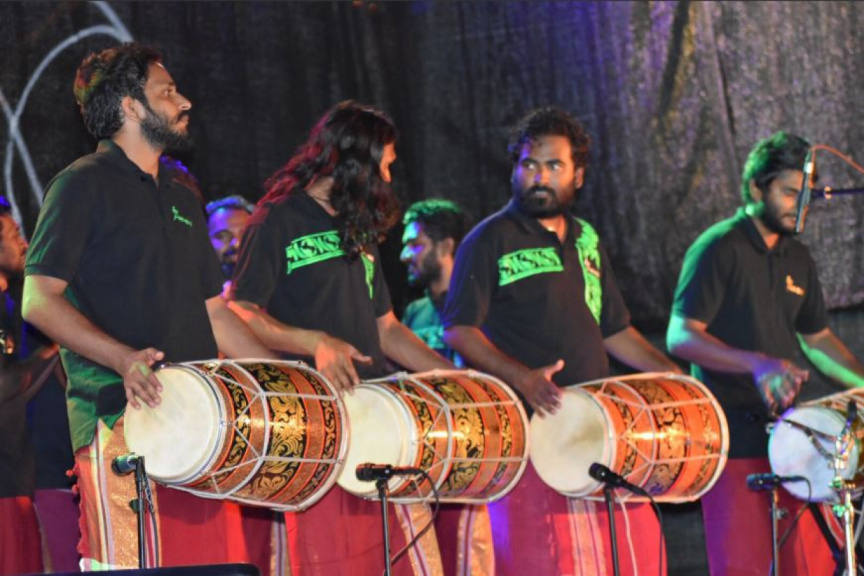 A brawl broke out during the Eid Show held in Lh. Hinnavaru in the pre-dawn hours of this Thursday.

Police report the brawl took place between a couple of show-goers from two different islands.

Sun has been informed the brawl took place between residents of Hinnavaru and visitors from Lh. Naifaru.

According to the police, the brawl was reported to the agency at 12:18 am.

Police officers were immediately dispatched to the location to control the violence, and sent the instigators away from the area.

Hinnavaru is the host of official Eid al-Adha festivities this year. The island held multiple cultural, sports and entertainment events to celebrate the holiday.

Motorcycle lit on fire in Hinnavaru