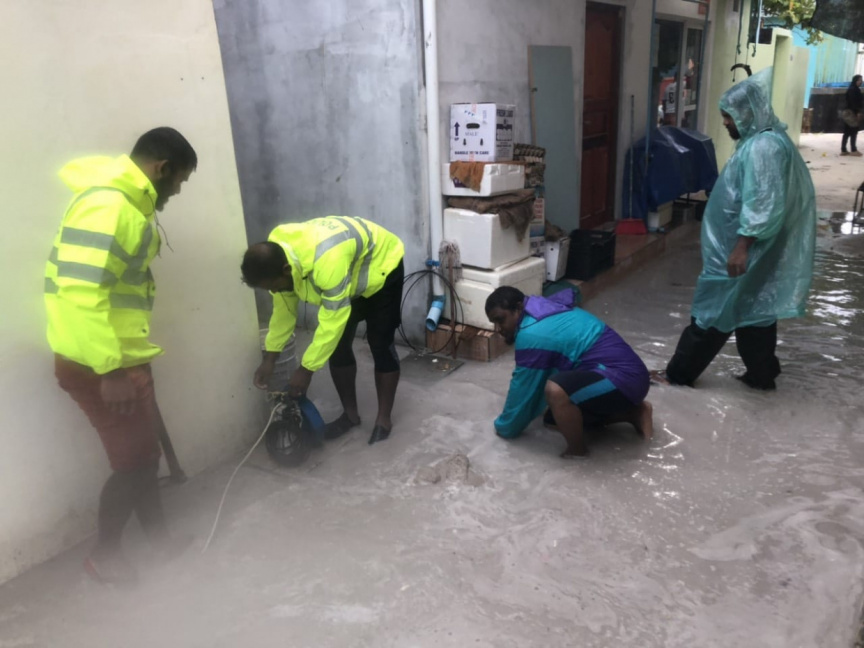 Relief efforts being conducted in Naifaru due to the flooding. (MNDF)

Flooding in Naifaru in Lhaviyani Atoll caused due to heavy rain has damaged a lot of houses on the island.

A reporter from "Sun"  in Naifaru stated it had been raining since 4:00 in the morning, flooding the island and affecting the lives of people living on the island. Five hours of heavy rain left four residences damaged and police are now helping to set up sandbags. MNDF is also assisting in the relief efforts.

A lot of incidents at sea and on land are being caused due to bad weather that the country is currently experiencing.

Masjid in Naifaru to be powered with solar energy

Naifaru without electricity since this morning