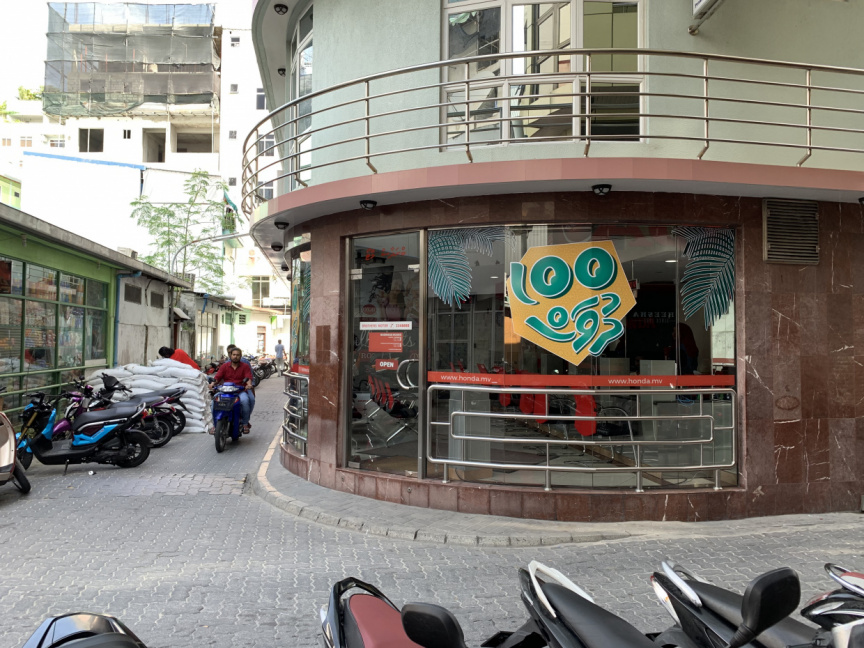 Motorcycle seller Sheesha Brothers Motor Companies' head office has been robbed last night with a significant amount of dollars and rufiyaa being taken.

Police media officials stated that the robbery was reported in the morning but did not state the exact amount of money taken from the office. In addition to the Sheesha robbery police also stated that they had received an additional robbery report in the morning of 33 wires stored at a construction site in Maafannu being stolen last night.

There have been no arrests regarding the two robberies so far according to the police.

It has been noticed that the number of reported robberies increase significantly every year during the Eid holidays due to a lot of people leaving for holidays. Police have cautioned people to store their valuables and belongings safely and lock residences before leaving.