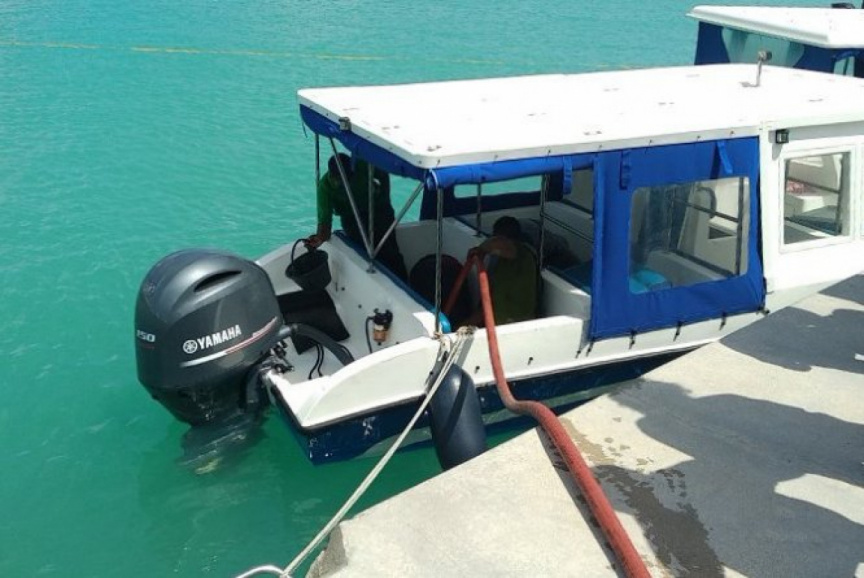 A speedboat in Kulhudhuffushi harbor has caught fire.

MNDF has stated that its Northern Area H.Dh. Kulhudhuffushi firemen had attended the scene after the fire was reported around 10:20 am and controlled it around 10:40 am this Tuesday.

MNDF stated that the cause of the fire was due to a petrol pipe in the boat engine that caught fire due to welding work which was being carried out in the boat. No one was injured in the incident and the fire only caused damage to the pipe in the engine of the boat according to MNDF.

Police have stated that they are investigating the incident.

Two injured in fire on board speedboat off Guraidhoo