Transport Ministry refuses to bow down to demands of taxi drivers 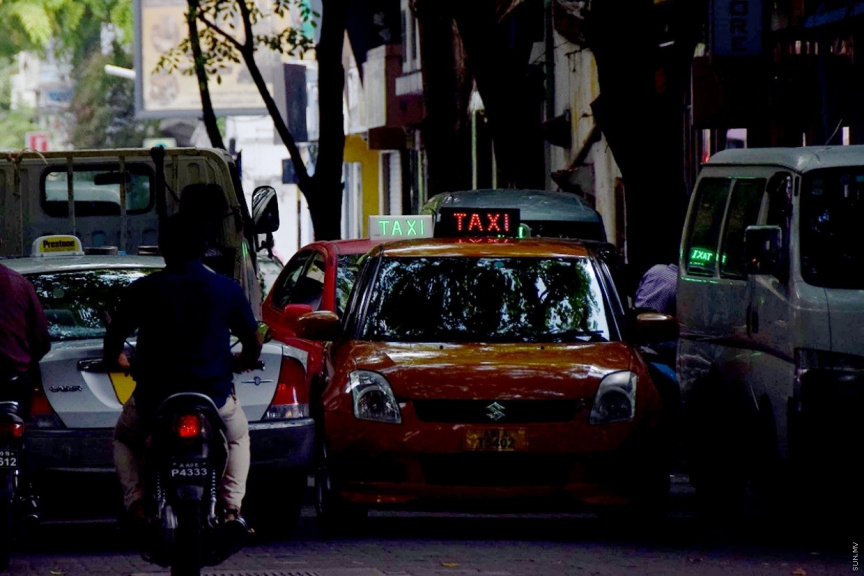 Transport Ministry says it will not revise the newly announced taxi fares despite the demands by taxi service centers and individual taxi drivers to set the fares higher.

Deputy Transport Minister, Shimaz Ali reported to Sun this Monday that the office was aware of concerns regarding taxi drivers over the new taxi fares.

He said the Transport Ministry does not plan on amending the taxi fares.

The two key concerns raised by taxi drivers is the fact that the new fares make no mention of the MVR 5 currently charged for each piece of luggage, and the dissolution of the MVR 30 taxi fare for transport within Male’ City during late night hours.

Representatives of taxi centers gathered at the Transport Ministry to voice their concerns this Monday.

“Another key concern they raised today is that the use of [online] applications makes taxi centers redundant,” said Shimaz.

The new taxi fares take effect on Wednesday, August 7; while the regulation which requires taxis to provide its services via mobile applications Avas Ride, Pick Me or AIE will take effect on October 1.

“The Eid holiday is coming up. Taxi drivers have decided to lock up the car trunks. To take trips without luggage for MVR 25. Though MVR 30 was previously charged for trips with luggage, it has been dissolved with the new fares. Now, some taxis have decided they will ask customers on their way to travel to the atolls to carry their luggage on pickup trucks,” said an official from a taxi center.

An official from Transport Authority who spoke to Sun said that the government engaged in its previous discussions with taxi drivers and established the new taxi fares with the dual purpose of addressing concerns of both taxi operators and members of the general public.

“The government will engage in discussions with whichever party necessary. But the final decision as to taxi fares will be made by the government, isn’t it? It’s not in the hands of taxi drivers,” said the official.

SC: No arrest warrant requested after Adeeb was freed