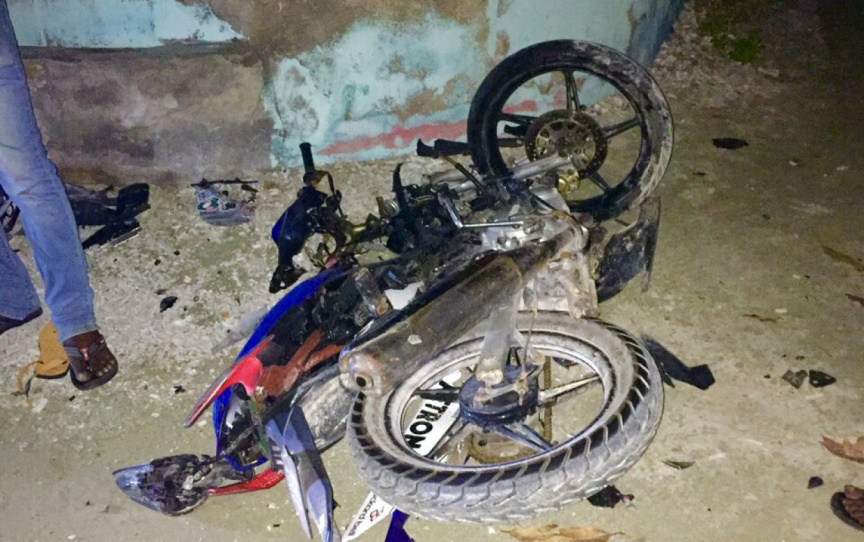 Vehicle damaged in traffic collision between a motorcycle and ambulance in G. Dh. Nadella on July 31, 2019. (Photo/Maldives Police Service)

One man has been hospitalized with serious injuries following a traffic collision between a motorcycle and an ambulance which took place in G. Dh. Nadella.

The collision took place at the harbor area to the East of Nadella at approximately 00:36 this Wednesday.

The person driving the motorcycle, identified as a 27-year-old Maldivian male, sustained serious injuries in the collision.

He was transferred to the Dr. Abdul Samad Memorial Hospital in G. Dh. Thinadhoo via sea ambulance at 01:53, where he remains hospitalized.

The driver of the ambulance involved in the collision did not sustain any injuries.

Maldives Police Service reports the ambulance driver has a valid driver’s license, but the motorcyclist does not.

Both the ambulance and the motorcycle were extensively damaged in the collision.

The case is under investigation by the Thinadhoo Police Station.