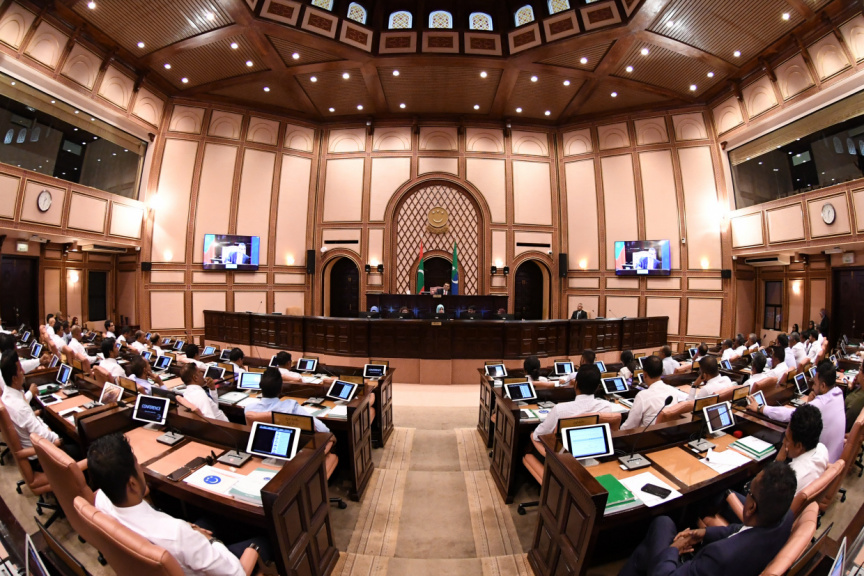 According to the parliamentarians, the platforms will have entertainment and recreational facilities as well as spas.

The comments were made by the parliamentarians during the debate on Central Maafannu MP Ibrahim Rasheed’s resolution which calls for identification of fisheries hotspots and establishment of offshore platforms this Monday.

He said the purpose of the platforms was to provide low-cost accommodation at sea for hardworking Maldivian fishermen.

He said the offshore platforms will be established in four regions, and that it was an ideal solution for the cost incurred and time spent by fishermen to travel home after fishing at sea all day.

“These platforms will not be fixed. They can be moved to fishing spots. And fishermen will know the location of the platforms,” said Ilyas Labeeb.

He said that fishermen needed to only dock near the platform after the day’s work, and will be provided will refueling services, fish sales arrangements and food restock arrangements.

According to Ilyas Labeeb, the offshore platforms will have rooms for fishermen to rest or stay overnight, cinemas, recreational facilities, and fish weighing facilities.

The platforms are not just for the fishermen, but their spouses as well, said the parliamentarian.

“And these places will provide a good salary to the people who work here, and will be a good source of income to them,” said Ilyas Labeeb.

Makunudhoo MP Mohamed Raee described the offshore platforms as resorts for Maldivian fishermen, and will not lack in any facility required by fishermen.

He also announced that information regarding the offshore platforms will be provided to fishermen soon.

He said that MDP, when it drafted its fisheries resolutions, gave no thought to the culture or methods of Maldivian fishermen.

“They plan to have the fishermen live in a fantasy world,” said Shiyam.

Shiyam said MDP’s resolutions lacked any actual substance. He said MDP parliamentarians’ arguments were based on conjectures, and overlooked the real work of fishermen.

He said the administration, instead of the plans proposed in the resolutions, should be developing the fish factories currently in used.

Foreign Ministry under renovation with the aid of China