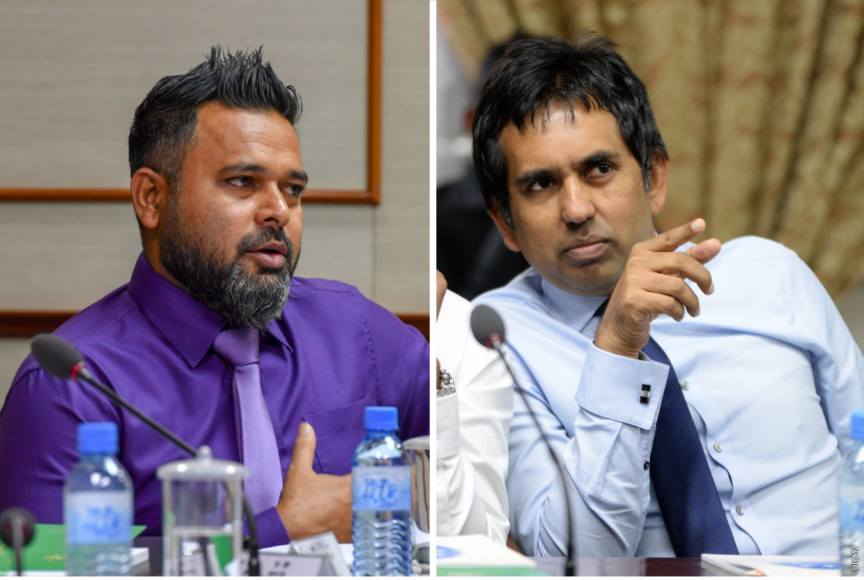 The opposition has voiced concern over plans to allow boats from other countries to enter into Maldivian waters to purchase fish from Maldivian fishermen.

These concerns were raised with the Fisheries Minister Zaha Waheed during her questioning in the parliament's Economic Affairs Committee meeting.

The deputy leader of the opposition party Progressive Party of Maldives (PPM), and the Naifaru MP Mr. Ahmed Shiyam said that if foreign boats were allowed into Maldivian waters, there were fears of their methods exhausting Maldivian marine resources.

"I have fears that these 125-tonne boats and trawlers would cast nets every time they enter into our seas." MP Shiyam said. He also said that there was no way of tracking boats that enter the Maldivian waters even now.

Minister Zaha stated in her answers that if the plan was approved, then she would take into consideration the concerns of the opposition members when making the regulations for the policy.

The government has submitted five resolutionss regarding fishing to the parliament within this month. Majority MPs have stated that this was done so to hear the concerns and ideas of opposition MPs.

5) Resolution to establish neighborhood fish factory in collaboration with the residents and island councils by Thoddoo MP Hassan Shiyan.